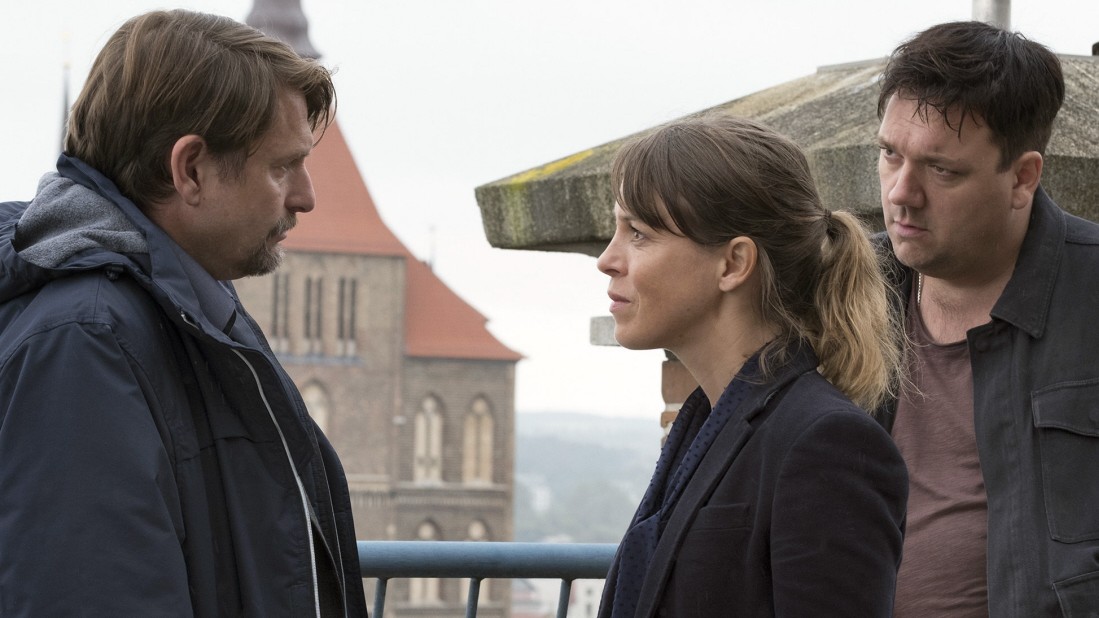 The episode "Police Call 110" "For Janina" was reworked for ARD-Mediathek. In the first episode on November 11, stickers and posters describing the political position of the film were shown at the office of researcher Katrin König (Anneke Kim Sarnau). On the magnetic wall behind his desk was, among other things, a rainbow flag and a poster of the punk band "Fish fillet" to see. Also hung there: an "FCK AFD" sticker and a poster with the Antifa logo and the words "Nazi fuck you".

This was followed by complaints from AfD and Junge Union. As the Neue Westfälische reported, AfD had considered a complaint to the Broadcasting Council and accused the filmmakers of hating their party. The Junge Union München Nord wrote on Facebook a "clandestine propaganda of Antifa".

Now the "FCK AFD" sticker has been removed from the sequence. At ARD-Mediathek there is an indication that the film "was subjected to a new transmission of a digital image processing" was. He goes on to say, "In some very short sequences, a small anti-AfD sticker was displayed involuntarily in the background, and the edited version is now available online and in the media library."

At the request of SZ, the NDR states that "in films with a fictitious act" it is customary "not to use real names of existing parties". The anti-AfD sticker was also not seen on the whiteboard in most office scenes. Therefore, the editors decided to remove the anti-AfD sticker on the media library version. The other stickers in the office were "directed against right-wing radicalism and not against a particular party."

Eoin Moore, the scriptwriter and director of this police call, rejected criticism, according to HAZ. The character in the film Katrin König represents a left-wing worldview and the office furniture is there from the beginning. "Like any other human being, his work environment reflects his attitude."

On Twitter, many users reacted angrily at the change in the episode. Young Union Munich North, however, sees it as a success of its complaint and write on Twitter"If you criticize the advertising of Antifa hidden in ARD entertainment formats, then it provides the left political to reveal outrage." The Antifa logo is still visible in the edited version.