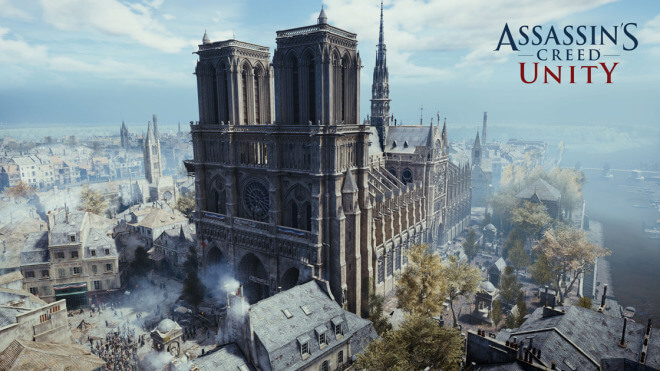 Games maker Ubisoft has offered the French authorities the provision of extensive 3D data of the development of the game Assassin's Creed: Unity to use in the planned reconstruction of the recently damaged Notre Dame Cathedral.


As announced by Ubisoft, according to the BBC, initially will provide half a million euros for the reconstruction of the heavily damaged Cathedral Notre-Dame de Paris. In addition, the game released in 2014 Assassin's Creed: Unity is now available for anyone to download for free – so users can experience the church in remote locations, they say.

But there are also more plans. The company offered to deliver the extensive 3D models of the Church's Game for Reconstruction version to the responsible authorities. Otherwise, they would be more than willing to provide assistance when it comes to restoring the structure with more than 800 years.

According to Ubisoft, the 3D model of Notre-Dame used in the game was created in about 14 months and contains numerous details that should make the construction as realistic as possible. However, there are also a number of significant differences compared to the "original", noted a company spokesman.

Therefore, the "digital" version of the game is very detailed, but does not match 100% of the original. It has been tried to reproduce even small details, but there are also differences in size and some other elements. The in-game version of the cathedral is not the only 3D model. For example, a few years ago, a team of historians from Vassar College in the United States also created a model using laser scans.

The images were taken at more than 50 different points inside and outside Notre-Dame Cathedral and ended up being mounted on a model with more than a billion points. Vassar College also announced that it would like to deliver the detailed model as part of a cooperation.