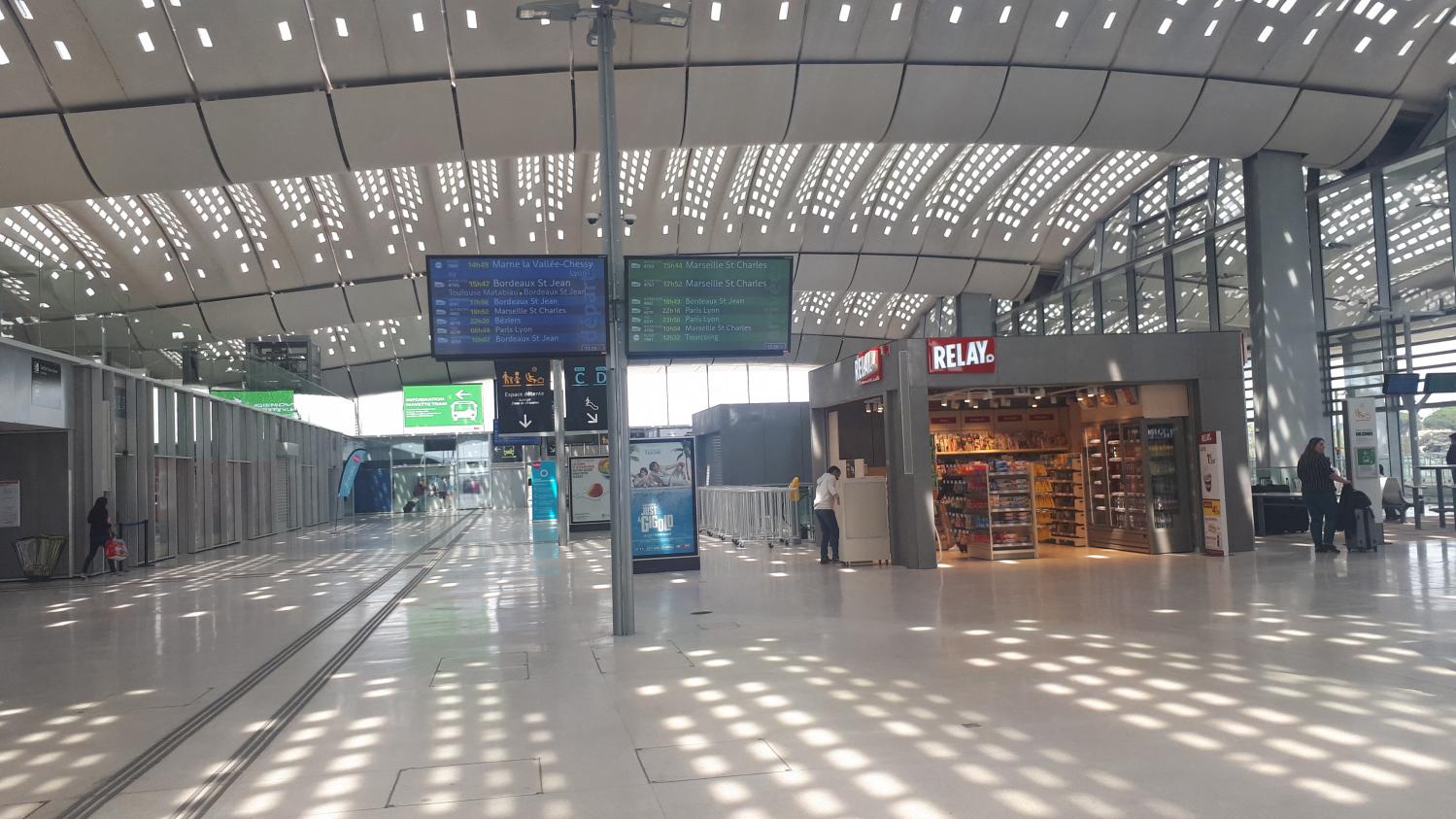 The station, commissioned nine months ago, was built to relieve Montpellier Saint-Roch, located in the center of the city. Its opponents denounce its low use and its cost: 142 million euros.

It cost millions of euros and is almost always deserted. The train station Montpellier Sud de France, which has been in service for nine months, receives only a few trains and therefore passengers. Only 10 trains pass each day, to and from Bordeaux, Marseille, Paris, Tourcoing and Lille. Located on the railway bypass from Nîmes and Montpellier, it was not even officially opened. It must be said that his detractors are numerous.

Outside, Alban waits in his taxi for the next travelers and lists since the season's opening many dysfunctions: "There were problems between the Saint-Roch station and the South Station of France, he says. Trains that were supposed to get there got here. People are mistaken at the station, caught by surprise and at the last moment get the taxi to come here. Then if you look outside the station, it's the field, so there's nothing. " In fact, there is no trade except for a retransmission point.

Built to clear the Montpellier Saint-Roch station in the center of the city, the new station cost 142 million euros. Christian Dupraz, deputy chairman of the Transport Committee of the Occitan region, reports maladministration. "It is a monumental mistake that should never have been committed, since the Saint-Roch station is not cloggedensures the elected.

We can add 40% of the trains to the station of Montpellier Saint-Roch without saturating it, even in the peak hours, since now the freight trains do not pass in the station. That changes everything, and there was absolutely no need for a passenger station out of town.Christian Duprazin franceinfo

Hilaire Hautem, deputy director of the SNCF Occitanie network, says the Montpellier Sud station in France will increase in power. "This new station allows us to place about 24 TGV highs until December 2019 and, at the same time, we will have the development of the TER offer with 25 additional links between Lunel and Sète.he explains. Montpellier is the seventh largest city in France. It hosts about 8,000 additional inhabitants a year, so it's not at all boring to have two stations for a metropolis of this size. "

However, it will take several months for the tram to arrive right in front of the station. For now, you have to take a bus and the tram to connect the two stations, six kilometers away.