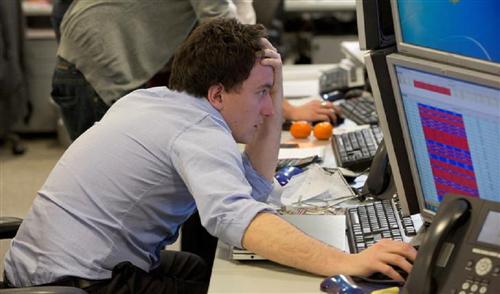 Investors are more likely to be cautious at the G20 summit in Osaka, Japan, on Friday and Saturday, where a crucial meeting between Donald Trump and his Chinese counterpart Xi Jinping will be held. resolve their trade disputes. Tensions between the United States and Iran are also on the menu. Operators are watching with relative anxiety this fight. Washington announced Monday a series of additional sanctions against Iranian leaders. These include the supreme leader of Iran, Ayatollah Ali Khamenei, and his office. The United States will freeze billions of additional Iranian assets, said Treasury Secretary Steven Mnuchin.

A US government official quoted Reuters as saying yesterday that Donald Trump saw the interview with Xi as a chance to know Beijing's position on the conflict and that he was "comfortable" with all possible results. for the discussions … The postponement of some of the sanctions imposed on Huawei is a good point. However, according to the New York Times, Washington may well put Chinese video surveillance actor Hikvision on the blacklist, limiting its ability to work with US companies.

On tensions with Iran, the Iranian Foreign Ministry spokesman said the US decision to impose sanctions on Islamic Revolutionary Leader Ali Khamenei and other dignitaries was blocking diplomatic solution. The United States is still planning to discuss. The US has imposed new sanctions on Iran and is beginning to form a coalition to ensure security of navigation in the Arabian Gulf …

The US rating does not take advantage of the still available news of mergers and acquisitions, with the announcement still of $ 63 billion.Abbvie in Allergan. yesterday, Resorts in Eldorado, a casino operator based in Reno, Nevada, has announced the conclusion of an agreement to buy its neighbor Las Vegas Caesars Entertainment for an amount of US $ 17.3 billion, including debt …

On the economic front on the other side of the Atlantic, the slowdown is confirmed. Sales of new homes in the United States for May 2019 were 626,000, against a consensus of 680,000 in the period and a revised level of 679,000 units the previous month. The Consumer Confidence Index for June 2019, just released, stood at 121.5, compared with 132 at the consensus place and 131.3 at the conference's revised reading. last month. The Richmond Fed regional manufacturing index for June 2019 finally came in at +3 against a consensus of 4 and a level of 5 a month earlier.

Given these obvious signs of economic downturn, Trump is not alarmed, watching on Twitter the overall positive result of the June stock market: "The stock market is heading for one of the best months (June) in the history of the country, thank you Lord President! ", proclaims himself Trump.

At the head of the CAC40, Capgemini 8.4%. The group announced the launch of a friendly acquisition offer in Altran Technologies (+ 22.2%), to 14 euros per share. The transaction amounts to 3.6 billion euros, before taking into account Altran's net financial debt, estimated at 1.4 billion euros, or 5 MdsE in total company value. The friendly acquisition offer was unanimously approved by the boards of directors of the two companies, it said in a joint statement. Capgemini also said it had already signed an agreement to acquire a block of 11% of Altran's share capital through investment company Apax Partners.

The new entity will be close to 17 billion euros in sales (13.2 billion euros in sales to Capgemini in 2018 and 2.9 billion euros in Altran) and will employ more than 250,000 employees worldwide. Companies specify that such a merger will have an immediately aggregating impact. "By 2023, after taking into account the synergies, the index should exceed 25%". In more than 50 years, Capgemini has become France's leading IT services and engineering provider and one of the world's leading consultants with the acquisition of the Ernst & Young consultancy in 2000. By the end of 2018, Altran employed around 46,700 employees worldwide. Through marriage, the two groups intend to give birth to "a world leader in the digital transformation of industrial and technological enterprises".

Many industry titles were sought today. Alten it took 3.9% and Akka Technologies practically 8%.

Erytech (+ 0.7%) has entered into a collaboration agreement with SQZ Biotechnologies, a cell therapy company that develops innovative treatments in various therapeutic areas, to develop new immunomodulatory agents from red blood cells (RBCs). Under the terms of the agreement, Erytech grants SQZ a worldwide exclusive license for the development of antigen-specific immunomodulatory therapies using GR-based approaches. The combination of SQZ's proprietary and versatile cell engineering platform, Cell Squeeze, with Erytech's intellectual property related to GR-based therapy, is designed to enable the rapid development of a broad portfolio of new immunomodulatory products in multiple indications.

Erytech could receive up to $ 57 million by combining the down payment and the potential milestones related to the regulatory and commercial development of the first product successfully developed by SQZ under this collaboration. Erytech could also benefit from progressive royalties on future sales and up to a total of $ 50 million in milestone payments for each new approved product or for each new approved indication.

Europcar (+ 0.8%) organized its Capital Markets Day and on this occasion presented its strategic roadmap for 2020-2023. Concerning the financial ambitions of the SHIFT 2023 plan, sales are expected to exceed € 4 billion for reported adjusted corporate EBITDA of more than € 500 million (excluding the impact of IFRS 16). The capital allocation will be balanced between accelerating growth and return to shareholders, "maintaining strong financial discipline to deliver a strong conversion to operating cash flow and maintain a corporate leverage between 2 and 2.5 times its Corporate EBITDA" .

GSPC (+ 4.3%) stands out in the stock market on Tuesday. Owner of fashion brands Sandro, Maje and Claudie Pierlot announced that they are in exclusive negotiations to acquire the De Fursac home. An operation that will allow the ready-to-wear group to complete its offer in the "affordable" luxury men's market. The transaction, which refers to 100% of De Fursac's capital and whose amount is not specified, would have a greater effect on SMCP's net earnings per share as of 2019 on a 12-month basis.

Eurofins (+ 2.5%), a leader in bioanalytical tests, announces that it has successfully completed the acquisition of Transplant Genomics Inc. (TGI), a molecular diagnostics company dedicated to improving transplant results. through non-invasive surveillance guided by genomics. The financial terms of the transaction are not indicated.

Iliad (-3.4%) was downgraded by Bernstein to buy & # 39; to "neutral", the broker estimates the modest revenue recovery in the second half of 2019 already pricé. The risk / return ratio would be balanced. Growth prospects and "standardized" investments are the main drivers of the valuation, according to the broker, who cuts his target from 199 to 123 euros. orange (-0.3%) remains the broker's first choice in the industry. The analyst refers to a "haven of peace" that avoids many political risks, investments and debt faced by peers. Especially since the stock is trading at a discount …

Virbac (-4.6%). This fifth consecutive decline session for the veterinary laboratory should be tied to a negative rating for analysts. The stock has recently posted three-year highs and has maintained an advance of more than 50% since January 1. Oddo BHF today lowered its recommendation on the group Cars for Neutral & # 39; against a prior notice of purchase & # 39 ;. The goal is 185 euros.

Natixis (-1%) retreats on Tuesday with continuing solid outflows at H2O Asset Management after the suspension of the rating of one of the funds of the British management company due to concerns about the liquidity of certain assets held portfolio and a potential conflict of interests. According to data collected by Bloomberg, the outflows of six H2O funds reached 1.4 billion euros on Friday. In three days, the output of the six funds was more than 3 billion.

Other banks remain behind: Crédit Agricole yields 1.1%, Societe Generale 0.6% and BNP Paribas 0.7%, while the yield on 10-year French bonds remains close to 0.

Largest decline in CAC40, intersection (-3.5%) does not intend to leave other countries. In the wake of the announcement of the transfer of control of its subsidiary in China, Alexandre Bompard said in & # 39; BFM Business ": No, China was really a very specific situation (with) a very small market share, a small actor, losses, big digital revolution with Alibaba etc … As soon as I arrived, I said to myself: "China, we have a subject in the perimeter." "Other countries do not have the same configurations, "said the head of the distributor.

casino (-1.9%). The announcement of Regis Schultz's departure weighs heavily on the title. The current boss of the Monoprix is ​​known to be a visionary and one of the potential successors of Jean-Charles Naouri ahead of the Casino. As Bryan Garnier points out, his game raises some questions and concerns. One may wonder if other executives will also leave the group while Rallye is about to enter a period of difficult negotiations with its creditors. A takeover by creditors is likely at the level of the Rally, and could have serious implications for the Casino, the broker underlines.

Genfit (-0.6%) did not take advantage of their ads. The group has signed a licensing and collaboration agreement with Terns Pharmaceuticals, an international biopharmaceutical company based in the United States and China, dedicated to the development of new therapeutic combinations for the treatment of liver diseases. Under the terms of the agreement, Terns will benefit from the development and commercialization rights of the elafibranor, a patented compound by Genfit for the treatment of non-alcoholic steatohepatitis (NASH) in Greater China. ) and primary biliary cholangitis (PBC).

Genfit will receive an initial payment of $ 35 million from Terns and may receive up to $ 193 million in additional payments in clinical, regulatory and business settings. Gemini obtains exclusive rights to develop, register and market the effluent flow in mainland China, Hong Kong, Macao and Taiwan (Greater China) for the treatment of NASH and PBC. At the commercial launch of elafibranor for the treatment of NASH in the Greater China region, Genfit will be able to receive from the royalties an average coefficient of two digits based on the sales made in this territory.