Stolen in 2002, an Oscar Wilde gold ring found by a Dutchman "Indiana Jones" 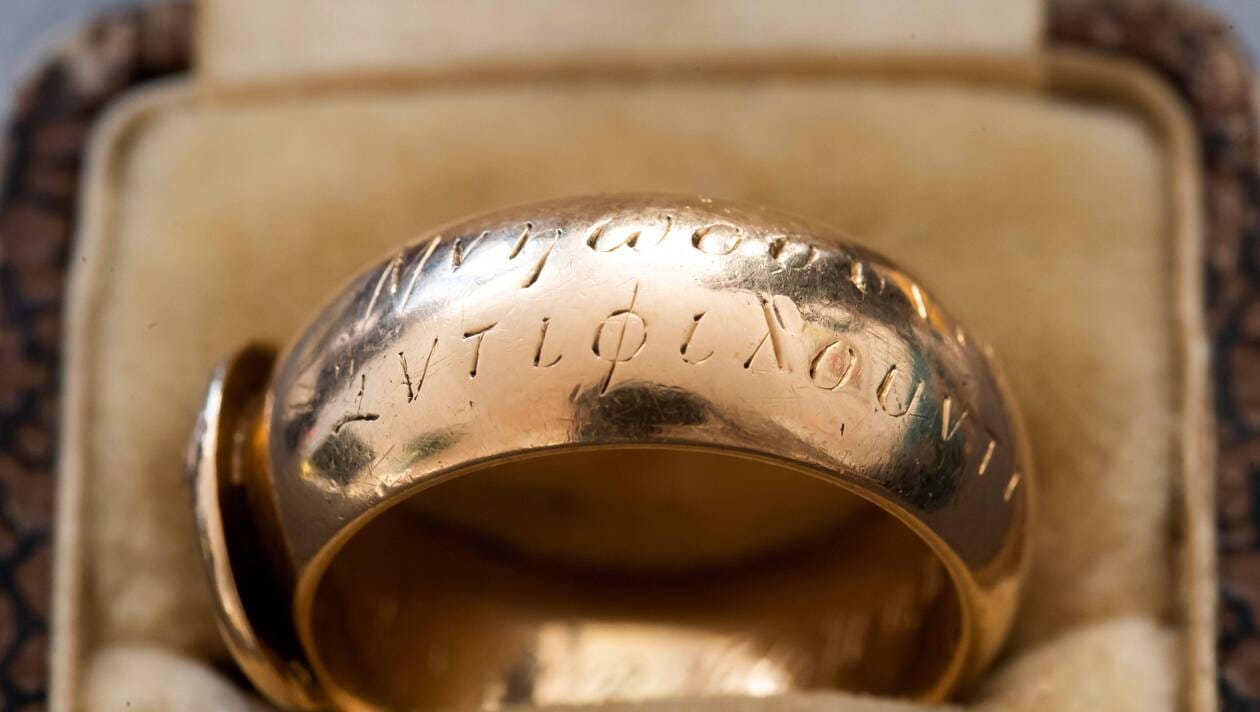 A gold ring offered by famous Irish writer Oscar Wilde to a friend was found by a Dutch art expert almost 20 years after it was stolen from the British University of Oxford.

The 18-carat ring, an 1876 gift from the writer to another student, was a centerpiece of the Magdalen collection, one of Oxford's most prestigious colleges in England, where Oscar Wilde studied.

She was robbed of a robbery in 2002, after which her fate remained a mystery. Great fears were that the ring, valued at the time at over € 40,000, would be melted.

The ring, whose shape evokes the belt buckle, has finally resurfaced thanks to research by Dutch art expert Arthur Brand. Nicknamed"Indiana Jones from the art world" for his investigative deeds he operated his contacts in the "Underground world" to find the trace of the jewelry.

Magdalen College told himself "Thankful" and "Very happy to have retrieved a stolen item from a collection about one of the most famous alumni", reports AFP Mark Blandford-Baker, treasurer.

"We lost all hope of seeing you again", he says.

The ring will be returned "During a little ceremony" December 4 in college, where it will become an important part of the memoir collection of Oscar Wilde, writer, novelist, playwright and poet, known for his novel "The Portrait of Dorian Gray" (1890).

The jewel was a gift from the writer – whose full name is Oscar Fingal O 'Flahertie Wills Wilde – and from a classmate, Reginald Harding, to his friend William Ward from his years of study at Oxford. The ring has an inscription in Greek that says: "Gift of love, for those who want love". Inside are engraved the initials: OF OF WW + RRH to WWW.

These prints may not have been of great importance to Eamonn Andrews, a former Magdalen housekeeper who, in 2002, broke into the house, drank whiskey at the college bar and stole the ring as well. just two medals from a different collection.

Investigation worthy of a detective novel

The story could have stopped there, but it didn't have Arthur Brand's talent. This expert gained worldwide fame in 2015 after finding two bronze horses from Josef Thorak, one of Hitler's favorite sculptors. In March, he found a painting of Picasso, stolen 20 years ago on a yacht in France.

"Rumors surfaced in 2015 in the art world that a Victorian ring" with Russian letters "had resurfaced"Brand tells an AFP correspondent who saw the ring in an apartment in Amsterdam.

"I knew that Oscar Wilde's ring had been stolen […] and that she had an inscription in Greek. It could only be the same ring. "he says.

Arthur Brand then conducts the investigation with a London antique dealer, William Veres. Their research leads them to George Crump, he explains, "An honest man who knows the London crime scene thanks to his late uncle, a former casino owner".

George Crump's connections will allow Arthur Brand to collect the last pieces of the puzzle, before finally getting his hands on the ring after an epic worthy of a thriller.


Stolen in 2002, an Oscar Wilde gold ring found by a Dutchman "Indiana Jones"Ouest-France.fr