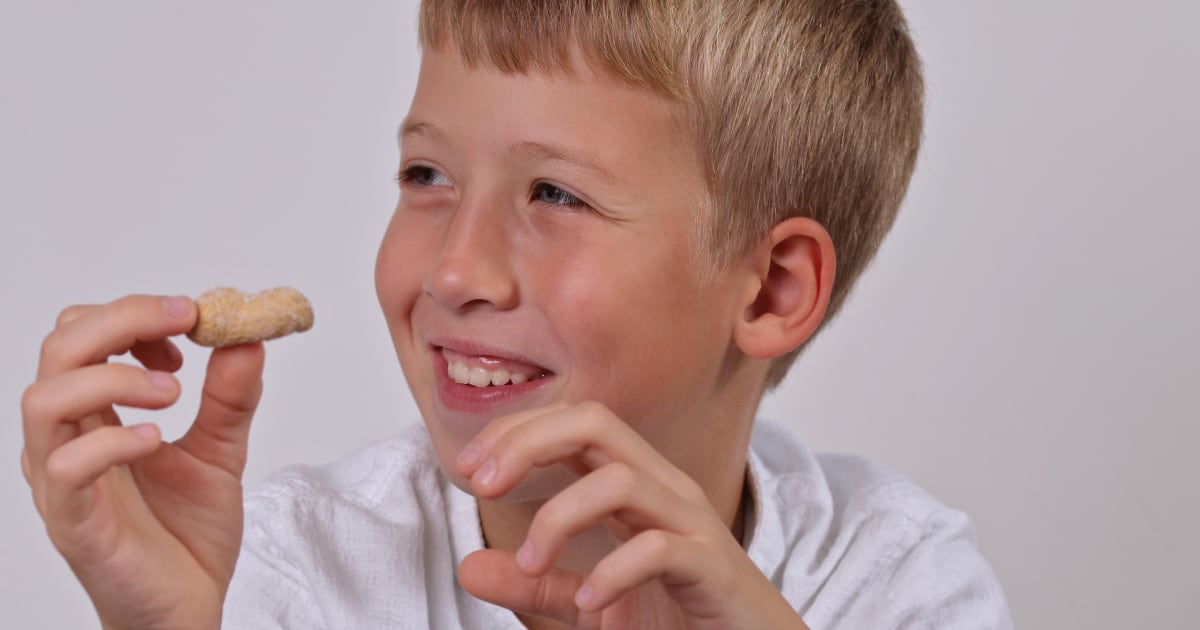 HEALTH – In a country where the peanut butter sandwich is the favorite snack of the vast majority of children, the everyday life of Ellis, a ten-year-old American, is not always easy. Since she was three, her parents discovered that she is allergic to peanuts. Like millions of people around the world.

Cramps in the stomach, vomiting, redness and itching around the mouth … The symptoms are many and particularly unpleasant when exposed to these products. "Especially, we live in fear of the time when Ellis will be involuntarily exposed to peanuts and where she will undergo a dangerous reaction to her life," said the child's mother on CNN. Then, when she heard of a clinical trial related to these food intolerances was arranged, she did not hesitate for a moment.

The stated aim of the study was to find a way to protect children with peanut and peanut allergy from accidental exposure to these products. Clearly, to protect them against unfortunate crises and inevitably harder to control. The girl's family took the risk and it was worth it.

Protection against peanut allergy, but not a cure

After months of treatment, two-thirds of the children taking part in the clinical trial, including Ellis, are now able to ingest the equivalent of two peanuts without the least unpleasant effect. The authors of the study, which was published this Sunday, Nov. 18 in the New England Journal of Medicine, are pleased to "prove that the treatment may protect some children from accidental exposure or ingestion." "A small amount of peanut or peanut."

However, this is not a cure, but a protection, insists the researchers. "That does not make the allergy go away," says Dr. Brian Vickery, who led the study. "The goal is not to make them non-allergic to peanuts, but to let them eat whatever they want."

And in the United States, where about three million people live with this type of allergy, the success of the clinical trial is no less important. In view of the success of the test, health authorities have announced that an accelerated approval process will be implemented in December. Vickery still hopes that the tested product, designed by a California company, will be available in the country next summer. Before being sold anywhere in the world?

NB: The study was conducted in ten countries. More than 500 participants, most of whom were between 4 and 17 years old, all allergic to peanuts, had to take capsules containing little or no peanut powder, in higher and higher doses, first to the hospital and then to their home. At the end of the test, two of the three participants tolerated the maximum dose (equivalent to two peanuts) without problems, and half of them could even go for a double dose without feeling the slightest negative effect. However, 10% of participants had to terminate the experiment prematurely due to overly violent symptoms.