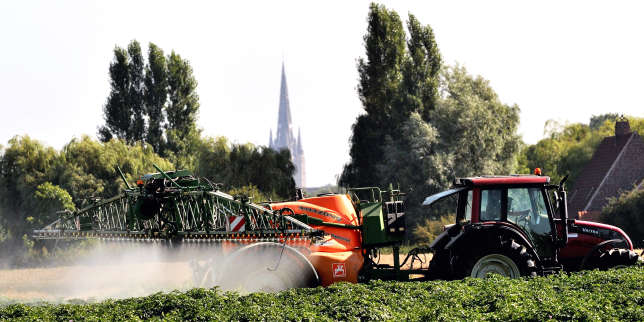 The use of this substance in commercial horticulture or horticulture poses a risk to human health and the environment, says ANSES.

The National Agency for Health Security (ANSES) made its decision on Monday, November 5: pesticide-based methamsodium is now banned in France. Their use by horticulturists and horticulturists – they are effective in combating "pests" such as soil fungi – had already been suspended until 31 January 2019 by a decree on October 25.

Irritation of the eyes, skin and respiratory tract … More than eighty residents and local professionals were poisoned in Maine-et-Loire and Finistère, particularly near lamb lettuce crops. These plant protection products are still authorized by the European Union until 2022.


The government temporarily suspends the use of methamsodium

They are used to clean the soil, usually in September and October. The product is buried there before the crop. The use rate is between 300 and 1,200 liters per hectare, which represents about 700 tons used annually in France, explains the National Health Security Agency (ANSES) in its disclosure.

The Agency also recalls the obligation for professionals to declare any adverse effect related to the use of plant protection products in accordance with Article L. 253-8-1 of the Rural Code and Marine Fisheries. Manufacturers have ten days to submit their comments.

"It will no longer be possible to sell or use these products. We do not give any period of grace"said Françoise Weber, deputy general director of ANSES in charge of regulated products, Agence France-Presse (AFP). Existing stocks will be disposed of through specialized channels.

Other solutions besides methamsodium exist and are already widely used by farmers, but horticulturists insist on their restrictions: solarization, which consists of using the heat of the sun to disinfect the soil, is limited because of the climate in the Loire Valley. Atlantic, while steam disinfection is very greedy in terms of time and fuel.