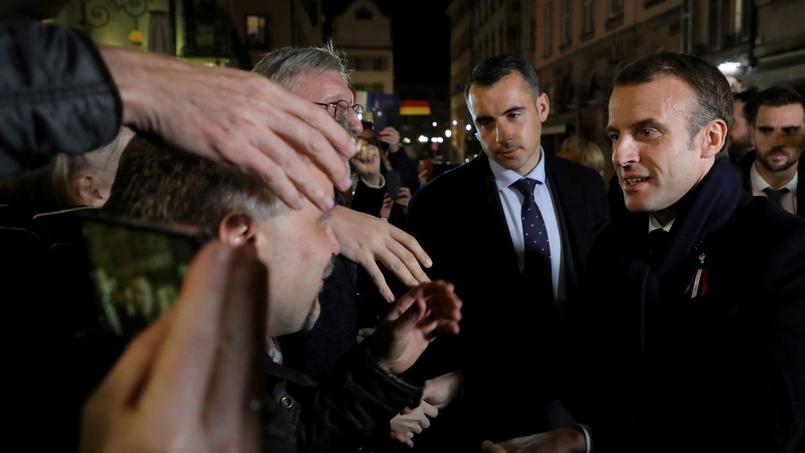 POLITICAL VARIATION – In an interview with several regional newspapers, the President of the Republic responds to the grunts of the French in the face of rising diesel prices in particular, and said "take over".

President Emmanuel Macron "fully understands" the increase in taxation on diesel, while understanding the doubts of the French on the issue of purchasing power, in an interview with the newspaper Ebra Group, to be published Monday. "I fully assume that diesel taxation is at the level of gasoline and I prefer fuel taxation to labor taxation," the head of state said in this interview on Sunday to start an unprecedented presidential trip across eastern and northern France to celebrate the centenary of the end of World War I.

"The same people who complain about rising fuel prices are also demanding that we fight against air pollution because their children suffer from diseases," added the President of the Republic, adding that "the price increase at the pump." what we see today is linked to 70% of the price of oil. "They told us for decades that you have to buy diesel and now it's the opposite. It's normal for this to be misunderstood," he agrees, as discontent increases among the French on the issues of rising fuel prices and purchasing power in general.

In this interview, Emmanuel Macron says that "yes", he understands the doubts, anger and impatience of the French. "I respect them and do not say as in the past:" Suffering in silence will improve. "The President of the Republic also assumes his" share of responsibility. "" I speak to the French with my character, with my way of doing things. When you are worried, I have some responsibility: I do not explain it well enough. But I was elected on a clear and unambiguous project and will be responsible for a long time, "he says." You can not pretend to change everything in fifteen months, it takes time. Meanwhile, we must leave the fatality to those who give in to alleviate, "adds the president who, a year and a half after his arrival in Elisha, is at the lowest level of research.

The protest against rising fuel prices, including a petition signed by more than 700,000 people, recently crystallized a blockade request on Nov. 17. Three-quarters of the French (78%) said they support this move, according to a survey by Odoxa-Dentsu Consulting conducted for franceinfo and Le Figaro was aired Thursday. In addition, 76 percent of French people believe fuel tax increases and oil heating are a bad thing and 80 percent of them believe that raising taxes on oil products will have a high impact on their taxing power. purchase.