Liverpool would be ready to break their piggy bank for Dembélé 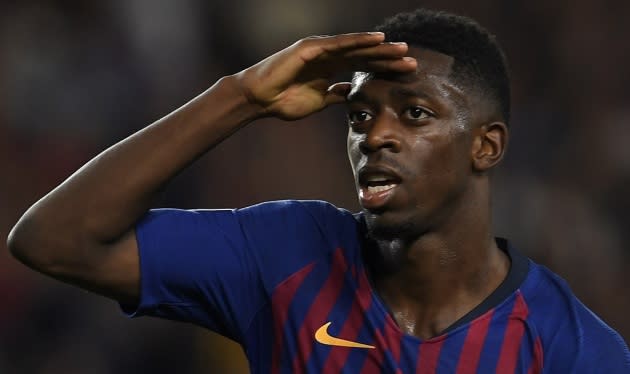 Eighteen months after he had broken his piggy bank to lure him in, by paying 105 million euros to Borussia Dortmund, Barca does not seem to use much in his heart Ousmane Dembélé. Cut out publicly by some of his teammates, including Gerard Pique, the French striker was recently dismissed by Ernesto Valverde to face Betis Sevilla (3-4). A "technical decision", according to the official version. A real penalty on the part of Barca, who would be very annoyed by their behavior and their arrears accumulated, according to the Spanish media.

An offer of almost 100 million euros?

In a complicated situation, can Dembélé think about a match in the coming months? According to information from The Sun, which should be taken with forceps, the former Rennais would, in any case, be a contact on the side of England. According to the British daily, Liverpool would be willing to pay 85 million pounds, about 98 million euros, to recruit him in the next window of winter transfers. It is Jürgen Klopp who is going to put more pressure on the Reds to see the 21-year-old come out in January.

At Breaking Sport on Monday at RMC Sport, Dembélé's agent Moussa Sissoko assured, however, that Barcelona did not ask any questions about his future. "Ousmane continues to work, he is in a …