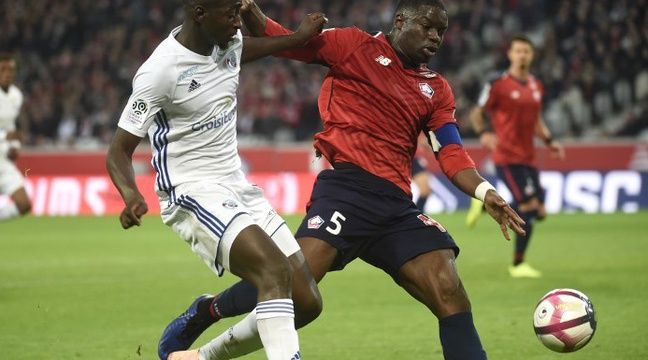 Of course, it's not the time to worry. With 26 points from 13 games, Losc has a great start to the season. However, light grains of sand have stopped the Lille machine lately.

Performed at home by Strasbourg on Friday night (0-0), he lost the first points of the season after winning the first six games at the Pierre Mauroy stadium.

More broadly, with a current series of three consecutive games without winning in all competitions, the Nordic club scores a bit not currently. Even if Christophe Galtier completely disarm the situation.

"We are in good health"

"In Strasbourg (a 2-1 defeat in the League Cup), I had the option of a large turnover in Paris (2-1), we had no crumbs, and sixth against Strasbourg, we had a lot of situations, and when we do that kind of games, that means we're in good health, "says the Northern coach.

With 24 shots including 8 shots and 66% possession, Lille dominated Alsace on Friday. But his lack of success cost him dearly. And the attacks of Lille were received with good defense adversary who, playing very low, disrupted the match Lille.

? "We miss success against a great goalkeeper"

"We are going to work hard to find the key to this type of team," said Nicolas Pépé, striker Lille.

Because what Strasbourg has done, many Ligue 1 teams are likely to repeat many times against Losc. If the northern club surprised the start of the season by the speed of their "Bip Beep" (Bamba, Ikoné, Pepe), it is now closely examined, given its excellent start to the season.

We will have to work on other options

And inevitably we will have to invent other things to avoid breaking our noses into fortresses. "We have to work on other options, we will have to be more fair in the quality of our centers, bringing a lot more people to the penalty area," said Galtier, remembering the essentials.

"We have 26 points in 13 games, it's still an interesting journey, even if with such a course, the requirement went up a notch.