inhabitants of Fos-sur-Mer lodge a complaint against X 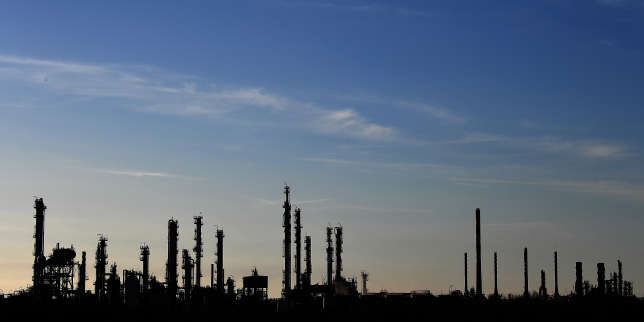 In 2017, a study found that the women interviewed in the Etang de Berre area had three times more cancers than the national average.

Residents of the industrial area of ​​Fos-sur-Mer (Bouches-du-Rhône) filed a complaint against X Friday, November 9, at the Aix-en-Provence court for "Putting the lives of others at risk" because of the pollution they suffer, announced his lawyer Julie Andreu. In all, 134 inhabitants, six associations and one union, the CFDT des Métaux Fos, filed a complaint.

"After the publication of numerous studies that have shown an increase in the diseases of the inhabitants of the region, a legitimate and understandable anxiety has led a large number of people to adhere to this complaint", write the claimants in a statement.

On many occasions these inhabitants of one of the largest industrial areas in Europe believe that the State has been "It has not implemented the necessary tools for a true risk assessment". "Tired of the immobility of the public authorities, the associations came together so that justice could take advantage of this great health problem"they conclude.

Several companies are directly affected by the complaint because they do not comply with pre-polluting standards or recommendations regarding emissions of pollutants such as Esso or Kem One.

The Union for Business (UPE) in Bouches-du-Rhône has denounced this lawsuit: "Industrialists are not murderers!", the PSU wrote in a statement, urging the court to reject the complaint. "The manufacturers of Etang de Berre regularly invest for many years in favor of reducing air pollution"defended the interprofessional organization.

In March 2018, for the first time, the State, through the Regional Health Agency (ARS), recognized that the health status of the inhabitants of the Fos area was "Weakened" pollution. A year earlier, an independent study called "Fos-Epseal" concluded that the women surveyed in the area had three times more cancers than the national average, or that 63% of the sample surveyed declared a chronic disease, compared to 36% in France.