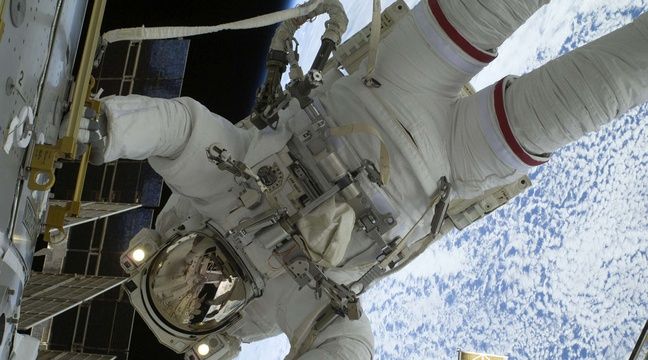 Space exploration and herpes: a combination of detonation that, a priori, does not fit. However, a study by researchers at the NASA Johnson Space Center, recently published in the scientific journal Border Science News, shows that flights in
has the unfortunate consequence of reactivating latent viruses in the body, such as herpes (oral and
genital), chickenpox or herpes zoster. The cause? An intense stress and a drop in immune defenses. A discovery that may be problematic for a long time
Space missions to Mars and the Moon are planned.

If a mission in space is the ultimate dream of many children (and adults), few are the lucky ones who have the opportunity to use an astronaut combination. Despite the joy of realizing this, elected officials aboard a space shuttle for an inhabited flight are under a multifactorial stress: "NASA astronauts last for weeks or months exposed to microgravity and cosmic radiation, not to mention the extreme G force on takeoff and "to get into the atmosphere on Earth," says Dr. Satish K. Mehta, lead author of the study and researcher at NASA's Johnson Space Center.

"This physical challenge is aggravated by other well-known stressors, such as social separation, isolation and the sleep-wake cycle that is interrupted," adds the researcher. Stress is not without effect in the body. "During a space flight, we see an increase in the secretion of stress hormones, such as cortisol and adrenaline, known to inhibit the immune system," he adds.

Besides stress, lack of weight also has deleterious effects on the body. "Bone mass and muscle mass are declining, and there are also repercussions on metabolism or sleep," said Dr. Arnaud Beck, coordinator of the cocktail study, who studied the effects of weight loss on volunteers who spent 60 days bed in Medes in Toulouse (CNES). But lack of weight "also has the effect of reducing the immune system," said the coordinating physician. This fragility explains in part
latent viruses can thus be reactivated in the body during space missions.

A potential problem in long missions

As part of their study, the researchers analyzed samples of saliva, blood and urine collected from 112 astronauts before, during and after space flight. "We found that astronaut immune cells, especially those that fight and normally kill viruses, are less effective during spaceflight, and sometimes up to 60 days after they return to Earth," Dr. Mehta says. Thus, among the 89 short-lived astronauts in which the samples were collected, the reactivation of the herpes virus was observed in the samples of 47 of them, but also in 14 of the 23 astronauts studied who left for a long mission. In contrast, only 6 of the 89 astronauts on a short space mission had a herpes outbreak.

Results that allow to deduce that the greater the space mission, and the most deleterious effects that it has on the body are important. This phenomenon of virus reactivation could eventually pose a problem for the continued conquest of space, while manned flights to the moon and long missions on Mars lie in the pipes of international space agencies. That is why it is "essential to develop space-flight countermeasures to prevent viral reactivation," insists Dr. Mehta, who focuses on "astronaut vaccination, available against shingles." The trials of other vaccines against the herpes virus are not promising, however, laments the researcher. Therefore, we are focusing on the development of therapeutic schemes targeted to people suffering the consequences of viral reactivation. "

But this research also benefits the general public. "Our work is of considerable clinical relevance to patients on Earth," says Dr. Mehta. Our technologies developed for space flight, for the rapid detection of saliva viruses, have already been used in clinics and hospitals around the world. "