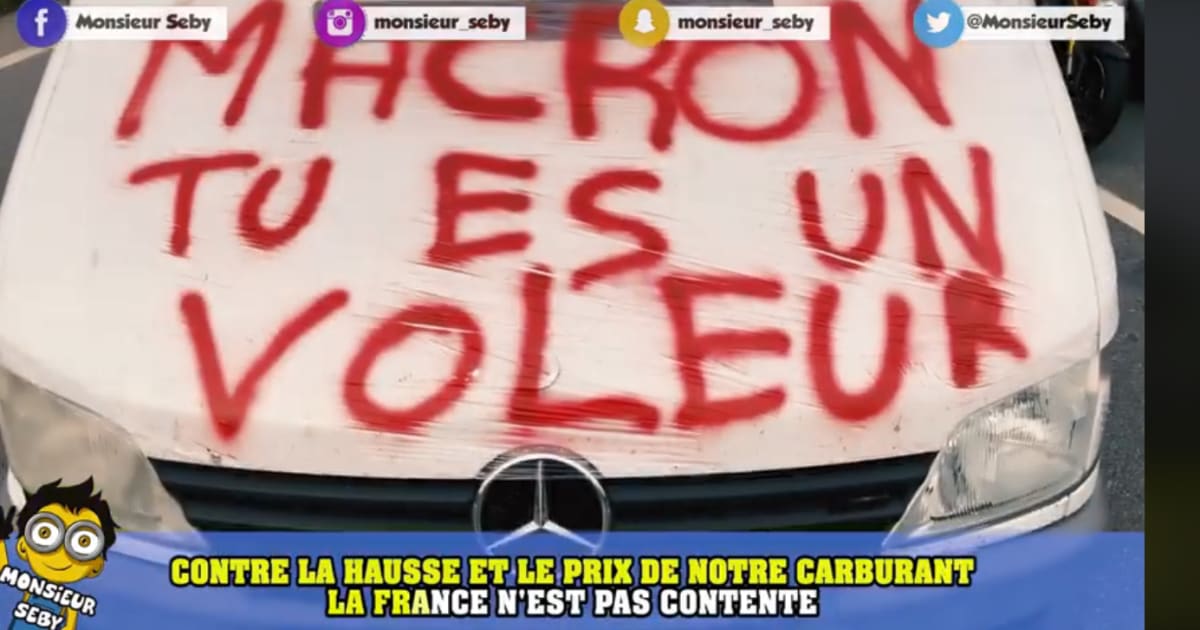 YELLOW DRESSES – Yellow vests, source of artistic inspiration? We must believe that yes. Youtubeur Rennais Seby took advantage of the protest movement to make a song called "The Song of the Yellow Vests". His video received more than a million views since his broadcast on Facebook on Saturday, November 17th.

On the theme "Born in 17 in Leidenstadt", music composed and interpreted by Jean-Jacques Goldman, the video clips the images of blockades in Rennes. The lyrics, in subtitles, point directly to the President of the Republic as responsible for the increase of fuel prices. "If we want our country to be better tomorrow, Ben (sic) Manu is less stingy," sings Mr. Seby.

"I wanted to talk about yellow vests," Seby said. HuffPost to justify its approach. Headquartered in Rennes, the cameraman from Saint-Malo is a fan of parody and covers. On YouTube, your account lists more than 600,000 subscribers. Seby said he plans to redo a new song on Monday, this time with a song by Florent Pagny. "It will be a song about Edouard Philippe", warns the cameraman.

He is not the first to post a supporting song for yellow jackets. A "yellow jackets anthem" on the theme "Marseillaise" was revealed last Thursday in social networks, totaling 1.6 million views.