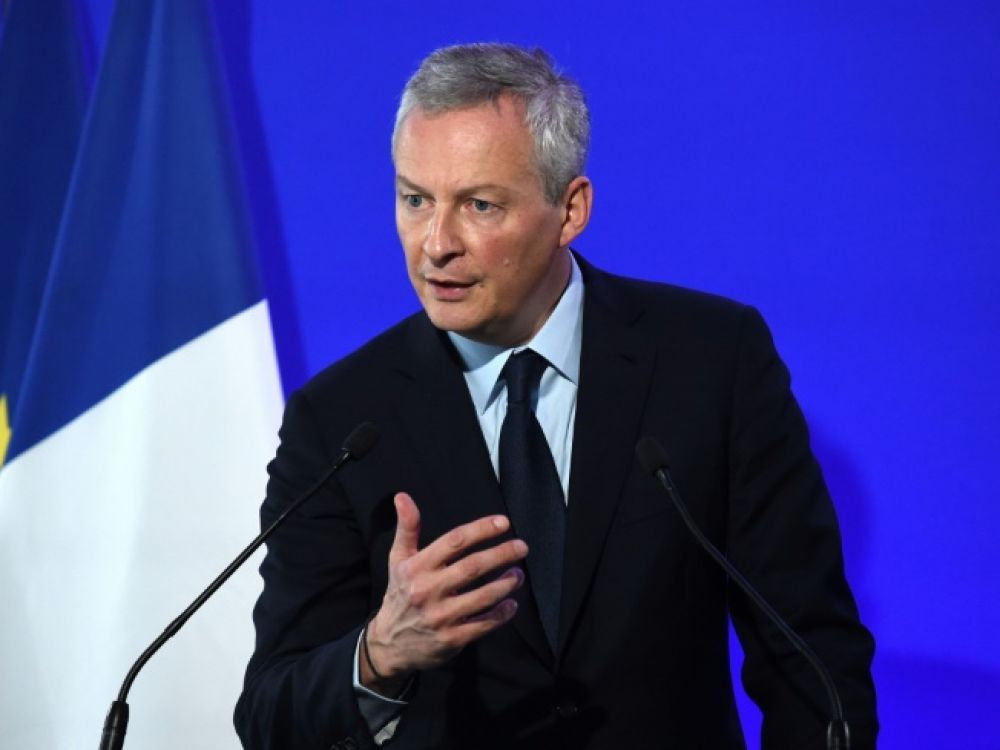 No solution was found for the time between Germany and France over the taxation of digital giants, French Finance Minister Bruno Le Maire acknowledged Monday.

"Today, my German counterpart Olaf Scholz can not give me a positive answer" on the bill to impose the Gafa on its billing, said the mayor in the MRC.

"I had a discussion with the German finance minister and we decided to find a solution together, but today we have no solution, let's be very clear, Germany and France have not yet found the landing point that would find a solution by December," the minister said. .

"Germany at the moment says no," he said, adding that his German colleague, Olaf Scholz, assured him that he wants to use the next few weeks to reach agreement before the end of the year.

Germany favors a minimum overall rate of profit as usual and not on the basis of 3% of turnover achieved, as provided for in the proposal put forward by France.

Today, digital giants, like other large multinational corporations, are working to get more profits in countries with the lowest corporate taxes. There are still very large differences in tax rates, including in the EU, and the problem is particularly acute in the digital sector, where it is more difficult to establish the location of profits.

According to Bruno Le Maire, Germany "has technical difficulties", but is "ready to fight in the coming weeks in early December, at the next meeting of Finance Ministers before the December European Council, we have a Franco-German agreement on this matter, I am convinced that we will achieve this. "

The French minister explained that the aim of the negotiations was to arrive at a "taxation decided in December based on a formal text that provides exactly how Google, Amazon and Facebook will be taxed with an entry into force whose date can be decided later. It matters to us that the decision is made by the end of December.