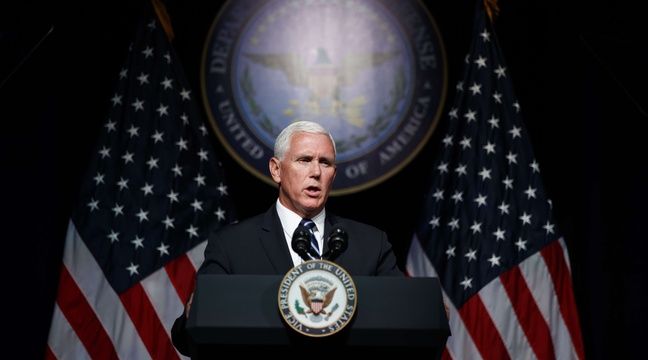 Angry with the slowness and "bureaucratic inertia" of NASA, Donald Trump's government announced Tuesday an acceleration of the return of the American astronauts to the Moon, from 2028 to 2024.

Vice President Mike Pence announced in a very hard speech to the US Space Agency in Rocket City, Huntsville, Alabama, where US rockets were built since the 1960s. "By order of the president, the official policy of this administration and the United States of America is bringing American astronauts back to the moon within five years, "said Mike Pence, who chairs the United States National Council. space, an instance of the White House out of limbo by Donald Trump after coming to power.

"The first woman and the next man on the moon will be the American astronauts, launched by American rockets from American soil," said Mike Pence, confirming what the NASA administrator said: a woman must be close to treading the lunar soil, no humans has played since the end of the Apollo missions in 1972.

"It should not take us 11 years to come back"

Donald Trump had pledged to take NASA out of the torpor it had entered with the shutdown of space shuttles in 2011, and set the moon back to 2017 as the first step before human exploration of Mars. NASA finally established a progressive timeline for sending robots and instruments before a human landing on the moon in 2028.

It took us eight years to go to the moon the first time fifty years ago when we had never done it.It should not take us 11 years to come back, "said Mike Pence.

He compared Donald Trump to John F. Kennedy, both "dreamers." And he revived the language of the Cold War, replacing China with the USSR as a great rival in space. "We are involved in a space race like in the 1960s, but the stakes are higher," said American number two. He recalled that China had landed a robot on the other side of the moon, "revealing its ambition to take advantage of the lunar advantage."

Sharp in the muted tone and compliments generally reserved for the mythical space agency, he harshly criticized the years of delay and billions of dollars in budget overhangs of the powerful SLS rocket, under construction by Boeing for NASA, and whose first unmanned flight ) was scheduled for 2020 until NASA recently announced that it would not be ready on time. "A perfectly received message," said NASA chief Jim Bridenstine a few minutes later, who assured that the SLS would be accelerated and finally ready by 2020.