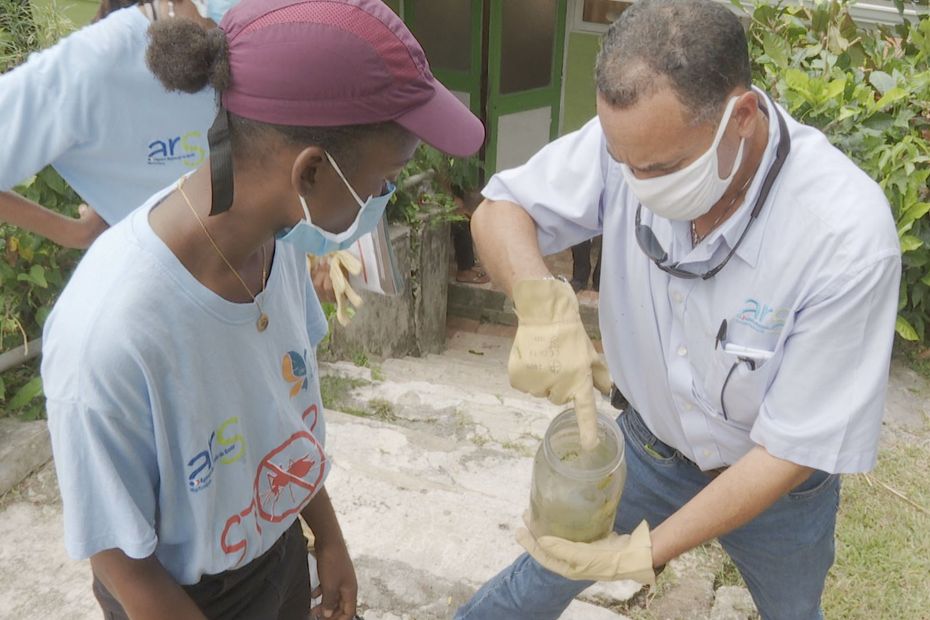 The latest dengue numbers “Get high” in Martinique according to the latest situation update published by Public Health France on 29 October 2020. From the beginning of the epidemic (in December 2019) to today, 28,000 clinically suggestive cases and 12 deaths were recorded.

According to Public Health France, “the dengue epidemic continues actively in Martinique”.

For three weeks, surveillance indicators converged in favor of a change in the epidemic phenomenon.

However, the figures remain high, well above the limits of the epidemic and the recent notification of dengue-related deaths requires continuous surveillance.

In the past four weeks (between October 1 and October 25, 2020), almost 7,500 people consulted a general practitioner to detect clinical signs suggestive of dengue.

Almost all municipalities on the island are involved, and “Among them, 17 have very high incidences, exceeding 100 cases per 10,000 inhabitants”.

This is Fort-de-France, in Schoelcher, of Carbet, in Saint Peter, in Basse-Pointe, in Sainte Marie, of Robert, of Lamentin, of François, of Vauclin, in Rivière-Pilote, of Marin, in Santa Ana, in Sainte-Luce, Trois-Ilets, of Diamond and Anses-d’Arlet.

In addition, the new containment measures in place since Friday, October 30, 2020, “could have an impact on viral transmission” fears the Regional Supplementary Health Agency (ARS), in addition to heavy rains.

Individual and collective mobilization remains the best bulwark against the epidemic: destruction of breeding grounds, individual protection with repellents, use of mosquito nets, electric rackets.

These symptoms range from a mild febrile syndrome to a high, disabling fever with a skin rash, severe headache and retro-orbital, muscle and joint pain. But “There is no specific antiviral treatment for dengue” reminds the World Health Organization.