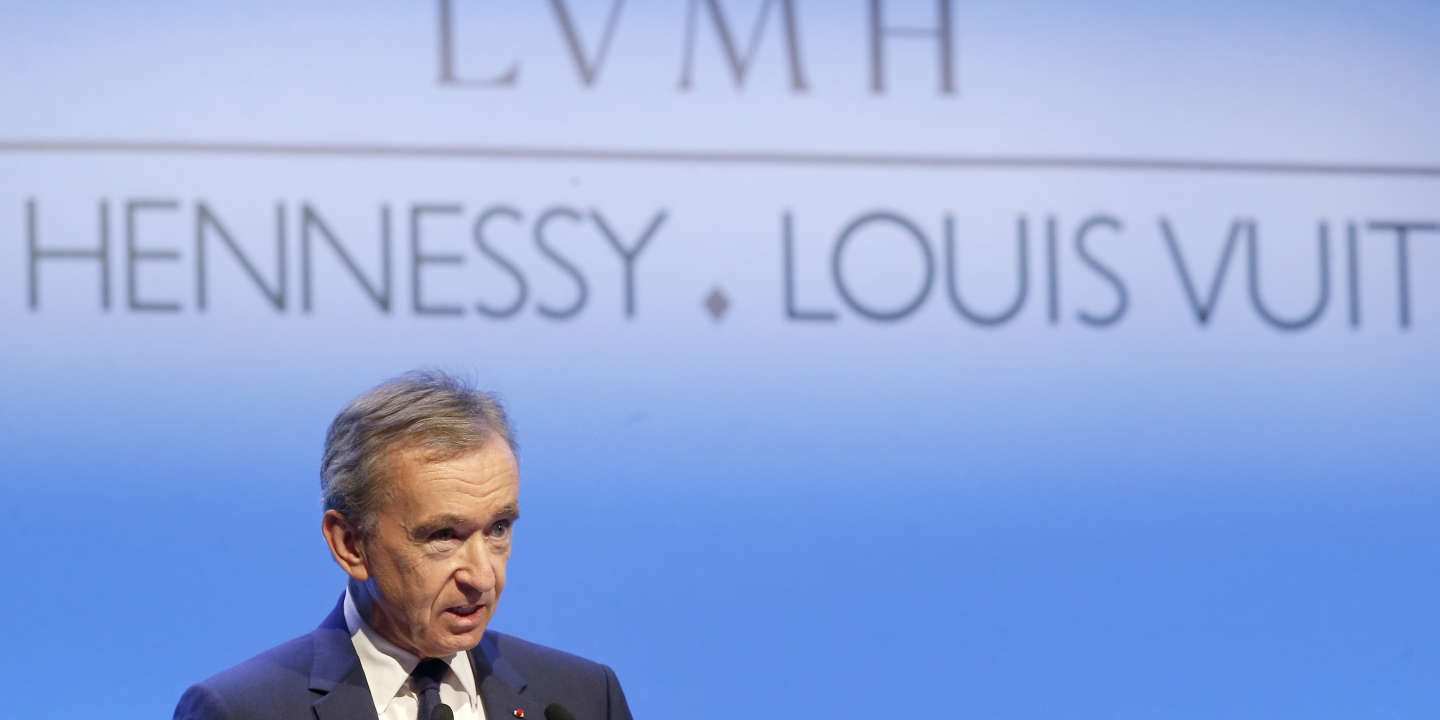 They are now three. Bernard Arnault joined Jeff Bezos, the head of Amazon, and Bill Gates, the founder of Microsoft, on the podium of men whose wealth exceeds $ 100 billion, according to the Billionaires Index. published by the Bloomberg financial agency, Tuesday, June 18.

The French businessman entered this small club precisely on Tuesday, June 18 at the close of trading on the Paris Stock Exchange, during which the action of the luxury group LVMH, of which he is the CEO, won 2, 9%, reaching the record level of 368.80 euros.

In one year, Arnault's fortune grew by $ 32 billion, the biggest gain in the 500 billionaires that every year Bloomberg estimates wealth through its stock market assets.

The CEO took advantage of the growing LVMH title, which has accelerated since the beginning of the year. The group's share of 70 luxury brands rose 43 percent in a year, according to Bloomberg, particularly in favor of a 2018 financial year marked by the consolidation of 100 percent of the fashion house bought by Christian Dior. for € 6.5 billion in 2017 and, in the process, increasing the stake of Groupe Arnault – holding company of the Bernard Arnault family -, the capital of the CAC 40 group. In addition, in that year the world leader in luxury reached a level record of profitability.

At the end of January, the group that owns the leather goods and the Louis Vuitton brand, the Moët-Hennessy champagne and the Sephora beauty products stores earned 46.8 billion euros. 10% from 2017. Its operating profitability was 21.4%, compared with 19.5% a year earlier.

With $ 100.4 billion in assets, equivalent to € 89.6 billion, Arnault is third among the richest in the world, behind two great figures of American entrepreneurship, Jeff Bezos and Bill Gates.

The first is the founder of Amazon, an online sales site with a market capitalization of $ 942 billion on Wall Street. Despite a divorce that cost him $ 36 billion in January, Bezos' fortune would be $ 118.5 billion, according to Bloomberg estimates.

Article reserved for our subscribers Read too LVMH, Kering, Hermes … The profits of luxury giants fly away

Now known for the charity he created with his wife, Melinda, Mr. Gates, the founder of Microsoft, he would have a heritage valued at $ 105.5 billion.