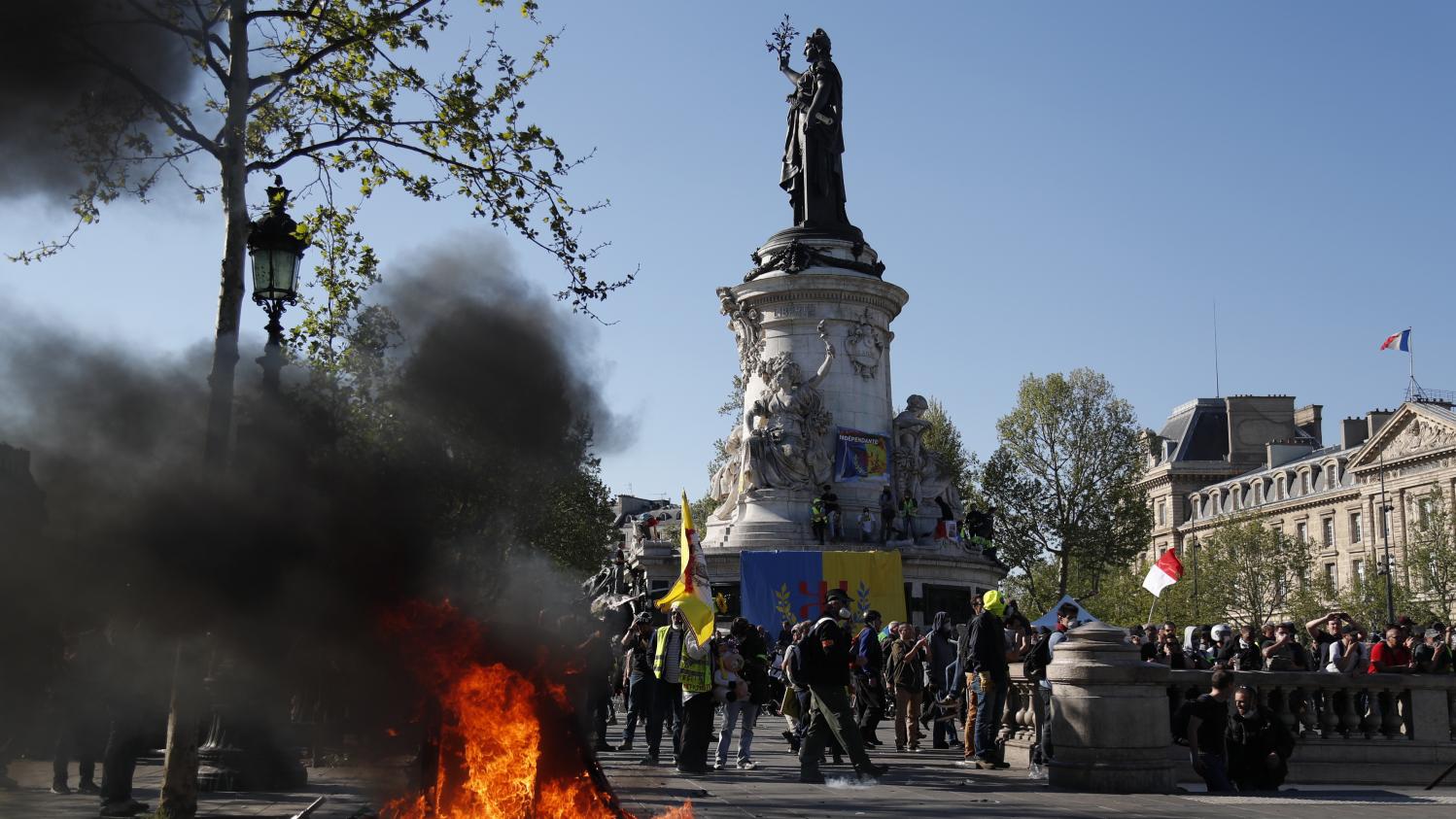 The Paris prosecutor's office opens the investigation after protesters called police to "commit suicide" on Saturday, on the sidelines of the mobilization of "yellow vests" instead of the Republic.

The Paris prosecutor's office opened an investigation after demonstrators called the police "Suicide" on the sidelines of the mobilization of "yellow vests" in the Republic Square on Saturday, I learned franceinfo Sunday, April 21. The investigation is open to disrespect of the person in charge of the public authority's commission meeting, said the French prosecutor. It was entrusted to the territorial security of Paris.

In a widely publicized video on social networks, we see demonstrators pitching to the police "You commit suicide". Several political figures were outraged by Twitter, including Interior Minister Christophe Castaner: "Shame on those who have committed such shame! "wrote the Minister of the Interior.

Police unions also rebelled. Yves Lefebvre, Secretary General of the Unit-SGP Police Union, expressed his views on Franceinfo in "disgust with those individuals who had yellow vests"denouncing "real rubbish". David Michaux, national secretary of CRS Unsa, believed that authors should be "identified, arrested and convicted".