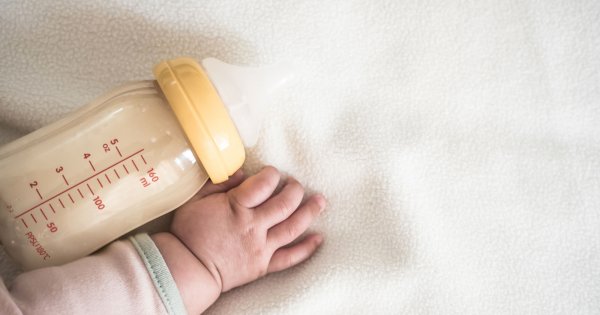 The story of this young mother made the buzz on the Internet. Five days after the birth of his son, this Austrian went to the hospital because he felt an intense pain in his vulva, which had swollen. She "noticed swelling from both sides, from left to right, from the lips to the small lips … The patient indicated that, three days after giving birth, her vulva produced milky white secretions," he describes doctors. The complications she suffered after giving birth were reported by the newspaper's Obstetrics and Gynecology. At first, they believed that an abscess, but after an ultrasound, they discovered that it was ectopic breast tissue, name given to tissues that do not form where they should. This mother therefore developed lactating breast tissue near her vulva.

Supernumerary breast tissue is not so rare!

At first glance, the images that come to mind seem improbable. And for good reason. But you can immediately forget the sight of a mother feeding her child between her thighs. "Contrary to what we read, this mother has not been breastfed by the vulva. This is a very bad cut that simply feeds folklore," says Carole Hervé, a lactation consultant. She explains that it is quite common to see the formation of supernumerary breast tissue. The most common cases are under the armpit, but this can occur in a line that goes from under the arm to the groin. In addition, even men can develop. The fact that these breast tissues are attached to the lactic glands is rarer. Excretory ducts sometimes develop simply during pregnancy. According to the report, 1 to 5% of women are born with this peculiarity.

Should these breast tissues be removed or not?

The symptoms of this young woman are therefore explained as in the case of a classic increase in milk: the organ that swells, heats and can be sensitive. Added to that she had to be sewn after her delivery; the suture would have stopped the circulation of milk in the milk ducts. It is for all these reasons that this mother suffered greatly. Our expert also reminds us, to reassure all mothers, that "if the body that produces milk is not asked for breastfeeding, it will gradually return to its original form." To calm this type of pain (and this is also true and especially in the case of a mother who does not simply want to breastfeed), our specialist recommends putting a cold and taking analgesics. Lactation will stop on its own. "In the case of this Austrian patient was advised to have these tissues removed to avoid any risk of cancer, but each case is different and very often, these breast tissues are quite benign and have no risk," concludes Carole Hervé.