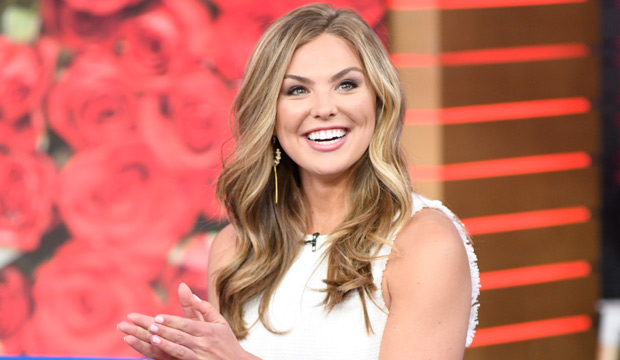 More than a dozen competitors still remain in the race to win Hannah BrownThe heart is in the 15th season of "The Bachelorette", but who do you expect her to choose as her Mr. Right? Several suitors have already been cut off from the ABC reality show for several reasons, with many more coming soon. After four episodes, the number of hopeful pieces fell to 15, so be sure to vote in our survey below to let us know who should receive the final rose of Hannah.

WATCH "Bachelorette fans" split over Hannah Brown's announcement: 70% were "expecting them to choose someone else" [POLL RESULTS]

During the fourth episode of last week, Jed Wyatt Wowed Hannah at her one-on-one date in Newport, Rhode Island. The couple walked hand in hand around the town square, visited a photo booth, played basketball with the Boston Celtics and then made an intimate dinner that ended with a session of giving the television very hot against the wall. She gave Jed a rose at the end of the meeting, which means that he automatically advanced to the next episode.

The next day, Hannah chose 13 guys to join her for a "blood, sweat and tears" group meeting, also known as a rugby match at the Newport Rugby Club. This is when Kevin Fortenberry dramatically shifted her shoulder and had to be taken to a nearby hospital – inquire the ambulance! While the rest of the rugby match went off without a call for 9-1-1, several of the suitors realized that Luke Parker was being very aggressive with his movements. "I think it's important to show Hannah that I'm willing to fight for her in this relationship," he said in response.

WATCH Jimmy Kimmel knows what happened in the costume suite "The Bachelor": "You bloomed," he tells the doves Colton and Cassie [WATCH]

Luke Stone hissed that Luke P. was a "panicked animal" by the way he hit with his body during the rugby match. All the other guys were on Luke S.'s side, even as Luke P. tried to apologize for his own sporting spirit. In a private meeting with Hannah, Luke P. defended his actions by saying that he attacked him because Luke S. was cursing him and trying to fight him. As the cameras did not take part of that meeting, it was the word of one man against the other.

Garrett Powell was the next person to win an early rose after he initially impressed Hannah by saying he was "crushing" her. She also liked how Garrett opened up and showed her vulnerable side during their quick time together after the rugby match. Finally, Tyler Cameron won the third rose for the way he comforted her on his individual fishing date after the drama between Luke S. and Luke P. "The Bachelorette" returns to episode 5 on Tuesday, June 11.