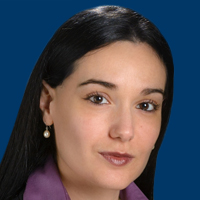 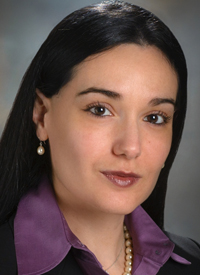 “We have learned that immune checkpoint inhibitors have an important role in the neoadjuvant setting, but there are a lot of questions that remain, such as the best therapy, number of doses, sequence versus combination, as well as the spatiotemporal modulation of the immune tumor microenvironment with these agents, ”said Cascone, an assistant professor of thoracic and head and neck cancer at The University of Texas MD Anderson Cancer Center.

However, neoadjuvant immunotherapy is a highly active area of ​​investigation and evolving data from preclinical models and clinical trials are expected to yield answers. For example, the ongoing phase III Checkmate-77T (NCT04025879), KEYNOTE-671 (NCT03425643), IMpower030 (NCT034056063), and AEGEAN (NCT03800134) are evaluating nivolumab (Opdivo), pembrolizumab (Keytrudaq), Tectrumaq, at and durvalumab (Imfinzi), respectively, in combination with chemotherapy in patients with stage II to stage III resectable disease.

“These trials will give us an opportunity to evaluate major pathologic response (MPR) and pathologic complete response (pCR) as surrogate endpoints for improved survival after neoadjuvant therapy,” Cascone said. “[In NSCLC], MPR [has been recognized] as predictive of improvement in long-term overall survival. ”

Establishing surrogate endpoints for clinical benefit is of paramount importance in NSCLC, because “trials can take decades to complete and are expensive,” Cascone added.

Surrogate endpoints should be sufficiently well correlated with clinical endpoints, in order to justify their employment, and they should capture the full net effect of the treatment on the clinical outcome, Cascone said, adding that the FDA may approve an agent based on an improvement in a surrogate endpoint.2

Cascone highlighted the phase II Lung Cancer Mutation Consortium (LCMC3; NCT02927301) and NEOSTAR (NCT03158129) studies as those in which MPR was a key predictor of response to immunotherapy.

LCMC3 investigators evaluated neoadjuvant atezolizumab in 180 patients with operable stage IB to IIIB NSCLC. The agent induced an MPR in 19% and a pCR in 5% of patients in the primary efficacy population (n = 77) who went on to have complete surgical resection. Atezolizumab had positive activity and a favorable safety profile, affirming the PD-L1 inhibitor to be a viable treatment option in the neoadjuvant setting.3 Notably, LCMC3 was the first study to release findings on preoperative atezolizumab in resectable NSCLC.

Cascone was the lead author of NEOSTAR, which randomized 44 patients with operable stage I to IIIA NSCLC to either single-agent nivolumab or nivolumab with ipilimumab (Yervoy). NEOSTAR's study of neoadjuvant nivolumab / ipilimumab was predicated on earlier evidence showing that treatment is more efficacious when given earlier and in combination with another agent.

Results from the phase I CheckMate-012 trial (NCT01454102) of nivolumab plus ipilimumab in advanced NSCLC corroborated the positive activity previously witnessed in the murine models: doublet elicited high response rates and prolonged progression-free survival. Findings from the murine models and CheckMate-012 provided the motivation for the NEOSTAR study, Cascone said.

In NEOSTAR, investigators observed a combined MPR and pCR of 25% (11 patients) in the intent-to-treat population (n = 44).6th The joint MPR and pCR rate was 17% (95% CI, 0.05-0.39) in the nivolumab arm and 33% (95% CI, 0.15-0.57) in the nivolumab / ipilimumab arm, causing NEOSTAR to meet your prespecified trial efficacy boundary . The combination of nivolumab / ipilimumab as neoadjuvant therapy was associated with higher frequencies of CD3-positive TILs and increases in CD8-positive / CD103-positive (TRM) and CD4-positive / CD28-positive cell compartments.

How Close Are We to a Blood Test for Breast Cancer?