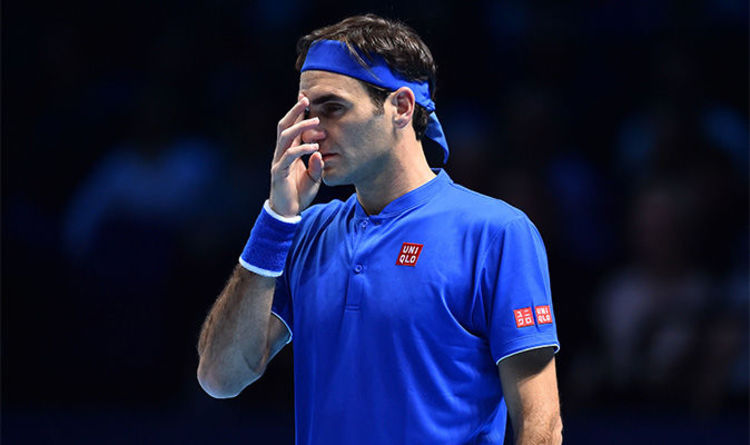 Federer should prepare for his meeting with Dominic Thiem at the Queen's Club in West London.

The Swiss star has chosen to use the ATP 500 grass courts, despite the ATP finals taking place on a hard court.

But after pulling out of the O2 Arena last night in a bad mood after his shocking defeat for Kei Nishikori, the world number 3 canceled his practice session.

Federer regretted not having found a training court with similar conditions for the match after the first round defeat.

"I've been feeling, I mean, well. It's just that the practice has been a little everywhere," Federer said.

"I practiced at Queen's, I practiced on the outer courts here, then at the center as well. So it's not always exactly the same conditions."

Federer once again was delivered tonnage tomorrow, so he will collide with Thiem in 8:00 pm

A defeat will probably mean the end of your campaign with a round-robin match remaining.

Meanwhile, Federer is also not happy with the speed of the court in London.

"I mean, look, I think. [the court] plays different or is definitely slower than I think the last three tournaments I played, "he said.

"So I guess everyone's making a little adjustment, you know.

But Alexander Zverev had a contrasting view after he beat Marin Cilic in straight sets earlier today.

"When you hit hard and hard to like Cilic does, the court is very fast.

"When you hit with more topspin, the court takes off and it jumps up.

"It's more different than other tournaments. It's very fast for me.

"Roger wants to play on the court as fast as possible, I think (smiling)."