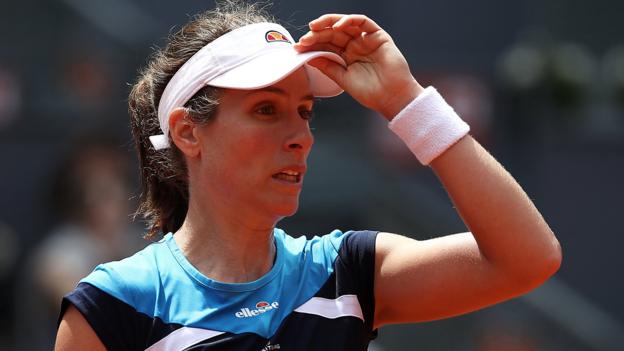 The British number 1 Johanna Konta left the Spanish Open in the second round, losing to number three in the Romanian world, Simona Halep.

On Sunday, the world number 47, Konta, 27, lost the Moroccan Open title to Maria Sakkari in her first clay final.

Halep, who won the Madrid title in 2016 and 2017, will play Slovakian Viktoria Kuzmova in the third round.

Konta was the first to pause, leading 2-1 before going through two serve games to take a 4-2 lead.

She found herself on break point to get to 5-2, but Halep managed to hold serve, going to break Konta to level the scores.

At 5-5, Halep withstood three break points and led 6-5 to finish the set on his fifth set point.

The French Open champion secured her dominance in the second set, allowing Konta only two points in the first four games.

Konta broke his opponent's serve to get a game on the board, but Halep broke back just before serving the match.