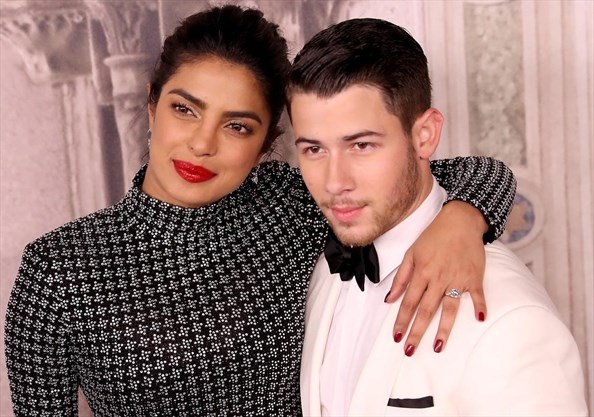 Nick Jonas must be jealous of his future wife's bachelor party (because we certainly are).

Priyanka Chopra, 36, embarked on a boat trip in Amsterdam over the weekend to commemorate the nuptials pending for 25-year-old Jonas. His farewell team was in tow, including his future sister-in-law, Sophie Turner.

"Sailing," the former actress of "Quantico" put a picture of her own Instagram smiling on a boat on Saturday. She wore a fluffy sweater, snakeskin boots, and a long cream coat. Turner, who is engaged to Joe Jonas, wore a white shirt with a turtleneck, a blue coat and cat-eye sunglasses.

Chopra's future mother-in-law, Denise Jonas, amusedly reminded the actress to be on her best behavior, commenting "Be Good" with a red-headed emoji.

Chopra switched to a sweater in a colored blouse and plaid skirt on Sunday to drink with the girls. The Indian actress wore a traditional maiden band and tiara for the festivities.

Her bachelorette weekend was a perfect opportunity for Chopra and the "Game of Thrones" actress to unite.

Chopra posted a story on her Instagram giving Turner the pigtails through the streets of Amsterdam in high heels. She added the hashtag #TheJSisters, referencing her future surname.

Chopra and Jonas confirmed their engagement in August after much speculation after a novel that began in May.

The couple broke the news on the Instagram with a sweet photo together. "Future Mrs. Jonas.My heart.My love," he captioned the shot. Chopra shared the same picture on his Instagram with a legend equally full of love: "Taken with all my heart and soul .."