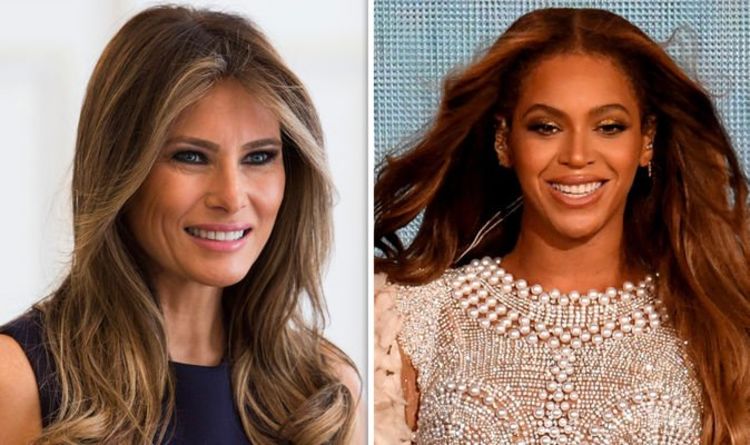 The tribute was published by Time magazine to mark the publication of its list of influential people of "Time 100". Mrs. Obama appeared on the list in the "Icons" category. However, Melania fans have stated that the current First Lady has been forgotten.

One of them responded to Time magazine on Twitter with the comment: "Melania Trump is much more deserving."

Referring to Mrs. Obama, another added, "You keep putting it in magazines.

"How many magazines has the current First Lady of the United States been to? Zero.

"So much for feminism.

"The left can coexist and be tolerant of everyone, plus a Republican. True hatred.

Beyoncé introduced herself during President Obama's inauguration in 2009.

Later, she endorsed Hillary Clinton before the 2016 presidential election.

Writing in Time Beyonce, she said: "Loving Michelle Obama was not a great choice.

"It was something that came naturally, because of how she behaved.

"Because she looked like us and was moving in spaces where, as black Americans, we were not exactly meant to be, she seemed so powerful."