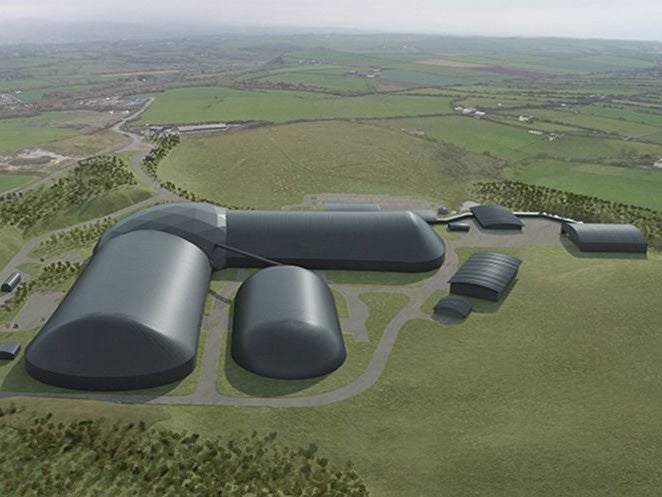 A new 165 million pound coal mine was unanimously approved by city councilors in Cumbria, sparking protests from environmental activists.

The Cumbria County Council did not respond to requests for comments, but several people present reported that its development committee approved the plan on Tuesday afternoon.

West Cumbria Mining, which filed the request, wants to extract metallurgical coal along the coast between Whitehaven and St. Bees in Copeland and process the fossil fuel at a nearby factory.

The secretary of International Trade, Liam Fox, also gave his support to the project.

But critics have accused the council of ignoring the current climate crisis, which is causing more and more extreme and dangerous climatic events around the world.

Parts of the Midwest of the United States are currently suffering from record floods, while southern Africa is attempting to deal with an unprecedented cyclone that may have killed more than 1,000 people.

"Vote for the Cumbria coal mine – unanimously approved by the Labor Party councilors Lib Dem and Tory." "How can this rain take over such a big deal? What a shame for all of you," said Gwen Harrison, a climate activist meeting.

The decision prompted some activists to sit on the floor of the chamber.

Geoff Cook, "We have all preferred to reduce our dependence on fossil fuels, and we recognize that during construction there will be disruption for many local residents," said a Liberal Democrat Adviser and chairman of the Cumbria County Council Development Committee.

"However, we feel that the need for metallurgical coal, the number of jobs offered and the chance of removing contamination outweigh concerns about climate change and local amenity."