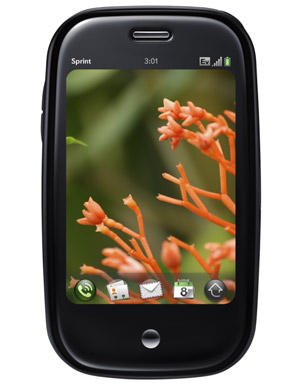 In one of the most mysterious statements of the day, HP boss Mark Hurd says his company did not buy Palm and its webOS operating system to enter the smartphone business but to drive small formatted web devices. to know. Tablets and MIDs.

Hurd said HP had no interest in spending "billions of dollars" trying to get into the smartphone business. "That does not make any sense."

Really? As Apple has proven extensively with the iPhone and iPad, the future of computing is mobile. Who controls most of the operating system's space in the mobile arena will profit a lot: this is exactly the reason why Google is licensing its Android operating system for free.

But in fact, the reason mobile computing is the future is not because you can make phone calls or text messages on mobile devices: that's the reason you put them in people's pockets first. It's the mobile internet that's the future and one day our smartphones are likely to be just tiny, 3G-capable tablets with VoIP features that we keep in our pockets.

As Apple and Google battle into the smartphone arena, perhaps HP is playing smart, and trying to position itself to be ready to attack the future post-smartphone created by the iPhone and Android.