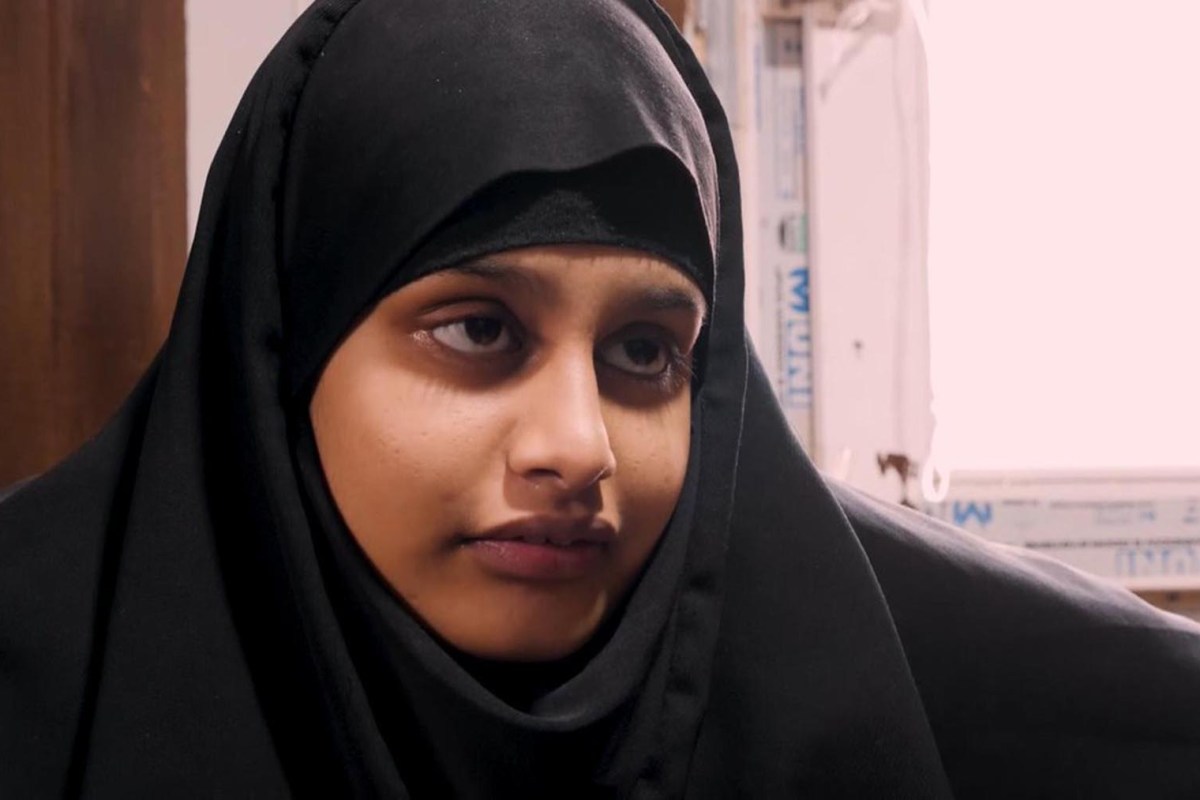 An ex-ISIS bride has blamed Islamophobic bullying on her British school for getting her to marry a Syrian jihadi like Shamima Begum.

Thirty-year-old Fatima spent two years in Syria before severing all ties with the caliphate, only now opening on the reality of life with the "liberation army."

She revealed how an 11-year-old girl, a gang of girls pushed her into a corner of her playground and tore off the headscarf, pulling handfuls of her hair.

"All the time, they were screaming that I was a bitch," she told the stylist.

"The men were coming after me, groping me, threatening to take the handkerchief off my head and mocking that I would be left with nothing, I was also punched and kicked in. I never felt safe."

Fatima says that experiences like these formed her decision to marry a Syrian jihadi.

Her revelations came after Begum, who left East London as a 15-year-old student to join ISIS and marry a Dutch jihadist, was barred from entering the UK after begging to return.

Fatima says that upon arrival in Syria in 2015 she immediately received books justifying the murder of children, the imprisonment of "sex slaves" and beheadings.

Anything that destroyed the enemy or helped their terrorism was "a fair game," she was informed.

For months, she was so resentful that she ignored the horrors directly before her.

Men came after me, groping, threatening to take off my headscarf and mocking that I would be an idiot without him

"You hear about the attacks on the British people on the news but then compare this to the women who threatened to kick an innocent baby to death just for being a Muslim and suddenly you do not feel any more sorry for them," she said, referring her own experience of a friend being violently assaulted during pregnancy.

Eventually, Fatima says she saw beyond her own resentment and awakened to extreme violence before her – abandoning both her husband and ISIS.

Unlike Begum, Fatima was able to return to the United Kingdom and her family, who received her back on the condition that she cut off all ties with the extremists.

But she claims her own case parallels that of student Bethnal Green, who lost a third child while in the group.

Fatima believes it is "possible" that Begum was threatened with consequences "if she dares to be publicly disloyal to the Islamic State."

"Since you're too far gone," she added, "for some, it may be difficult to leave."

Fatima says she blames Islamophobia in Britain for helping to create an environment where women terrorists can thrive.

Eventually, you get tired of trying to prove that people are wrong and, in anger, you begin to live by that stereotype.

"When someone ties you to a stereotype for years, eventually you get tired of trying to prove people are wrong and in anger you start to live up to that stereotype," she reports. "People thought we were bad anyway – in my head, at the time, we could match their expectations."

Fatima claims that she was not brainwashed at the supported ISIS – and compared her old admiration for her husband like that of the British women by the Duke of Sussex.

Raped as she slept

Beaten single mother mistress ex-lover as he would not let her see son on her birthday & # 39;

"Prince Harry was a war hero for the British people," said Fatima, "so I felt: why can not we have our own heroes who protect us?"

But the mentality of Fatima has changed drastically since then, after she realized that "the solution to violence is never more violence."

Since then, he has moved to a new area in the suburbs, with the goal of "learning to make peace with the country where I was born."