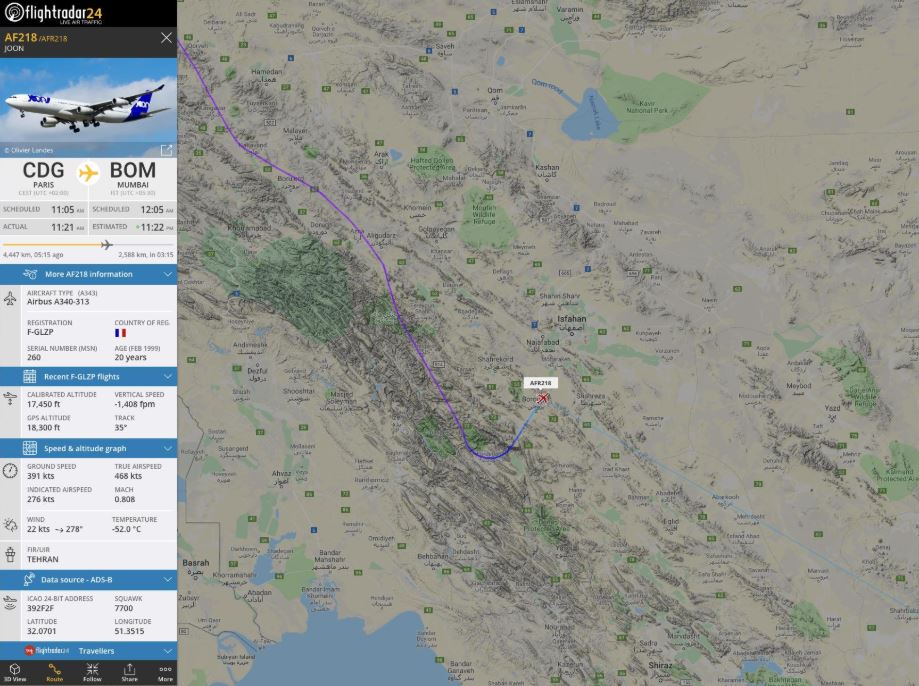 An Air France plane "disappeared" from the radar before reappearing and making an emergency landing after a technical problem.

The Airbus A340, transported by Air France's low-cost airline Joon, began to descend unexpectedly on the city of Isfahan, where it landed.

Air France said in a statement that the aircraft, operating as an AF218 flight number, had 256 customers and 11 crew members on board.

"Air France confirms that the crew of the AF218 flight operated by JOON between Paris and Mumbai on 8 May 2019 has decided to divert to the Isfahan airport in Iran after a malfunction of the ventilation system," the statement said .

The airline said the decision "was in accordance with the manufacturer's procedures" and was "precautionary".

"Air France confirms that the plane normally landed at Isfahan at 5:00 p.m., Paris time, and the airline's teams are fully mobilized to take care of customers at Isfahan International Airport.

"Air France understands and regrets the inconvenience caused by the situation and recalls that the safety of its customers and teams is its absolute priority."

According to the newspaper, the pilot issued a "cry of 7700", which suggests a general emergency before losing contact.