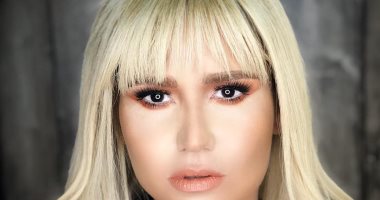 STARS always like to resort to Newlook from time to time as a form of change and rebellion in the family fashion, especially because the response and interaction is quick with the public in the media, changing the hair color or makeup or weight loss of the stars or by changing the shape of the chin or mustache or a sporty shape for men.

The star here is Shiha, recently presented in a brand new "Newlook" that she has never seen before. She published an image in her "Entsagram" after a highly altered image with light yellow hair with a classic "story" in her forehead, The petition, the color of light red lips.

Hanna Shiha's sudden change shocked many of her followers and pioneers of social networking sites, so much so that some did not meet her at first glance, but also praised many of this new look, and some thought it could be a preparation for a role in Ramadan , Instagram thanked his team for helping it emerge that way.