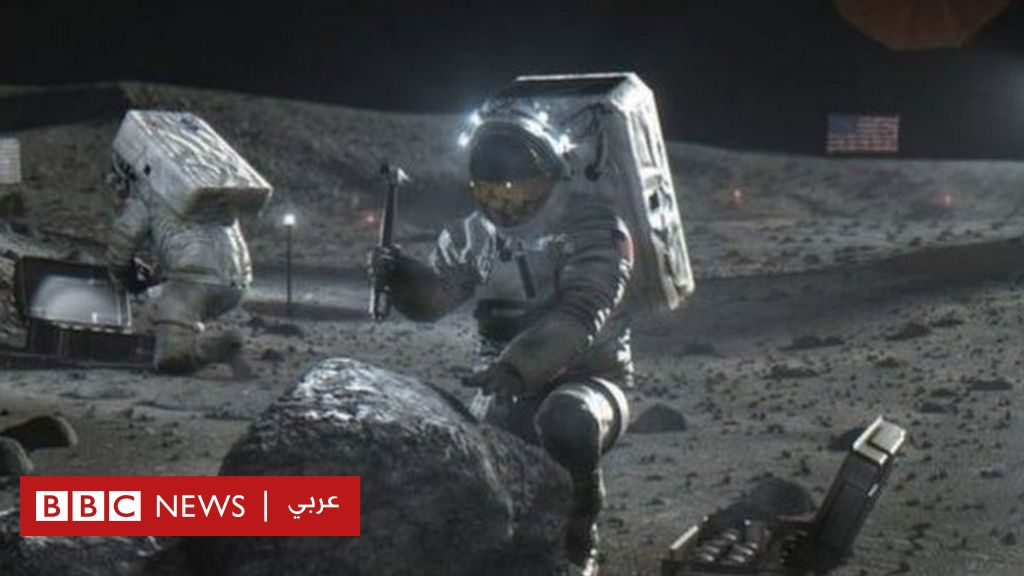 The US space agency “NASA” revealed that there is more water on the moon’s surface than we expected in the past, and the announcement came after the agency hinted a few days ago that there was “an exciting new discovery on the surface of the moon.”

This “clear discovery of molecular water” will boost NASA’s hopes of establishing a base on the moon’s surface, taking advantage of the natural resources available there.

And the journal “Nature Astronomy” published the results of the study, which came in two research articles.

In contrast to previous discoveries of water in parts that are not facing the sun, scientists have discovered water molecules in areas facing the sun as well.

“The amount of water (uncovered) is roughly equivalent to a 12-ounce bottle of water per cubic meter of lunar soil,” said Casey Honeyball, co-author of the study and a member of NASA’s Goddard Space Flight Center in Maryland, during a video conference.

Jacob Blecher, a NASA colleague at the Department of Human Exploration, said that scientists still need to understand the nature of the water deposits, and this will help them determine how much future lunar explorers will benefit from this discovery.

Although there are earlier indications of water on the moon’s surface, this new discovery indicates that water is more abundant than previously thought.

“(The discovery) offers us more options regarding potential sources of water on the moon,” Hannah Sargent, planetary scientist at Open University in Milton Keynes, told the BBC.

The US Space Agency announced that it would send two astronauts, a woman and a man, to the surface of the moon in 2024 to prepare for a “next giant leap” for the human exploration mission to Mars during the next decade in 2030.

“Part of that is the use of these local resources, especially water,” she told the BBC.

How did scientists find this water?

The scientists monitored the first of these new discoveries through an airborne infrared telescope known as “Sophia”. This observatory, located in a modified Boeing 747, flies high above the Earth’s atmosphere, which allows for a large part of the clear view. Excellent for the solar system.

Using this infrared telescope, scientists were able to determine the “characteristic” color of the water molecules.

They believe that water is stored in bubbles of lunar glass or between grains of soil on the surface, providing protection in the hostile environment.

In another study, scientists looked for permanently shaded areas, known as “cold traps”, where water could be collected and maintained. Scientists found these cold traps at both poles and concluded that “about 40,000 square kilometers of the moon’s surface can store water.”

What does this discovery mean?

Sargent said the discovery could “expand the list of places where we may want to build a base.”

In the coming years, there will be some missions in the polar regions of the moon, but in the long term, there are plans to build permanent houses on the moon’s surface.

“This can have some effect and gives us time to do some research,” said the researcher at Universidade Aberta.

She added: “It doesn’t give us much time because we are already working on ideas for the lunar base and where we are going, but (the discovery) is promising.”

“We used to go to the moon anyway, but this (discovery) gives us more options and makes it a more pleasant place to go,” she said.

Experts say that water ice can form the basis of a future lunar economy, as long as you know how to extract it.

Producing rocket fuel on the moon’s surface will be much cheaper than sending it from the ground. When future lunar explorers want to return to Earth or travel to other destinations, they can convert water into hydrogen and oxygen, which are commonly used to power spacecraft.

Consequently, lunar refueling could reduce the cost of space travel and make establishing a base on the moon cheaper.