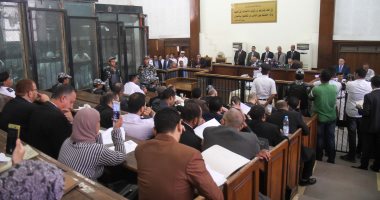 The Cairo Court of Appeal, headed by counselor Mohammad Reza Shawkat, received the transfer papers from the head of the former food industry and others accused of bribery, preparing to establish a date and a criminal court to begin to imitate them .

Attorney General Nabil Ahmed Sadiq previously referred to the former president of the Holding for Food Industries and others to the Criminal Court for accusing him of asking and receiving gifts in cash and interest to himself and others as a bribe in return to perform their work and other defendants. For bribery and mediation.

The companies admitted the investigations, and through authorized telephone records and witness certificates and documents they proved to have received an illegal gain of £ 982,000 as a result of bribery offenses.