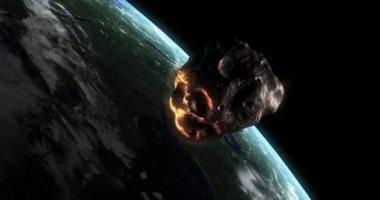 NASA has announced that a giant asteroid the size of a 10-story building will pass near Earth on Thursday at a distance equal to half the distance between Earth and the Moon..

According to the British newspaper "The Independent," the agency said the asteroid would pass around 136,000 kilometers of land, avoiding a devastating collision with the ground..

NASA has warned that the orbital orbit of the asteroid shows that it may still represent a danger in the future, where it is estimated that at some point it may reach an Earth point of 7.5 to 30 meters..

NASA astronauts placed the asteroid shortly after it was discovered on April 9 in the list of asteroids that represent a danger of collision with the Earth in the next 100 years.

It is difficult to accurately predict the exact path of the asteroid, but is scheduled to pass near Earth again in 2034, 2041 and 2048..