Home / egypt / Minister of Supply: Purification of ration cards is an ongoing process until the day of religion.

Minister of Supply: Purification of ration cards is an ongoing process until the day of religion. 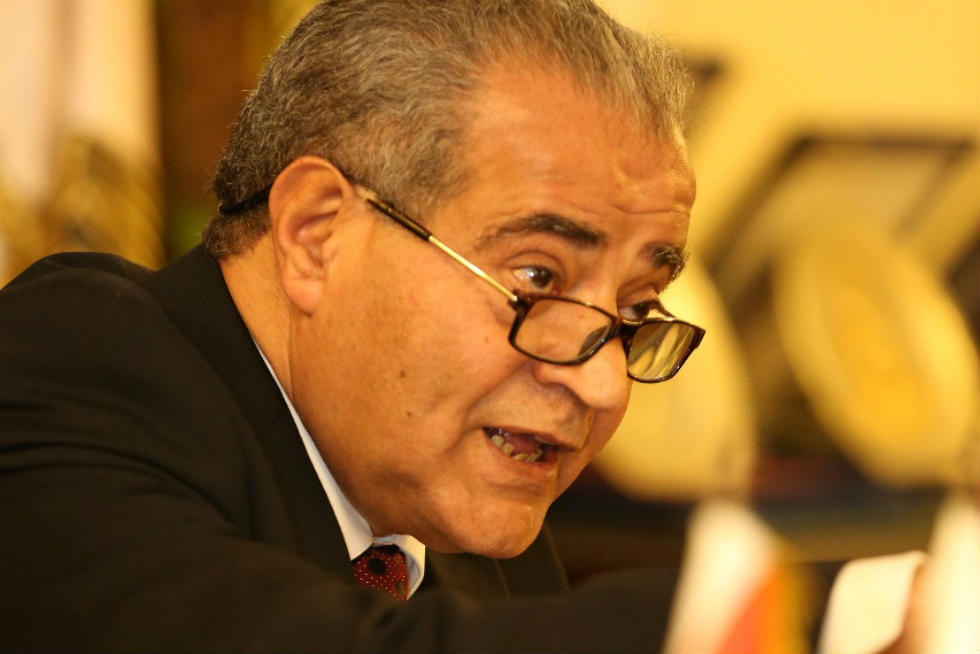 Supply Minister Ali al-Meselhi said President Abdel Fattah al-Sisi did not say he would return all those excluded from ration cards, but said he was following people's interest in the issue.

"The president has told people who may have been excluded and deserved, we will not leave anyone entitled, and there must be a balance between citizen rights and state law," he said during a visit to the lake to lay the foundation stone. of the logistics zone in Damanhour. He continued: "If the system has guided this conscious thought that we appreciate Tnzbh Tani, not the meaning of the return of the citizen excluded from ration cards. True, but it will be verified and we will receive a message to do so."

The minister stressed that the process of purification of beneficiaries of ration cards is a continuous process until the day of religion. He continued: “Quite possibly someone was working in the ministry of ministry and their condition is good and after leaving the pension, their income becomes less eligible for restoration, and the living situation is dynamic and I have to have full data even cited and moved As he gathered his business, he remained, he added: “Who travels abroad, we obtain passport and immigration data every two months, citizens from abroad for a period, and the traveler must notify the Supply Department that he will travel for a period that should not be discarded, because when passport and immigration data are not reported, they are discarded.

He continued: “We did not underestimate subsidies, it was the support for bread and supplies last year 86 billion pounds, and this year it has become 89 billion pounds, and we want to increase the efficiency of subsidies and increase their effectiveness, and we are studying the control of effectiveness that the citizen carries the food they really need, and we all knew that there are duplicate and duplicate ration cards and multiplied national numbers and incorrect national numbers, and that there are duplicate ration cards. And purify the database of eligible beneficiaries, which means that there is no invalid national number and no repeat national number and no working citizen. On the tenth of Ramadan and have a card on the tenth of Ramadan Another in his hometown in Menoufia ».

He said: “Each of us feels he needs, but not all the needy are needed, but the most needy are worthy, and we talk in simple categories, including those with no income, and when people have more than one Arab consumption. or electricity of over 1,000 kilowatts means He pays at least £ 1,200 a month and replies: "Air conditioning has become one of the basic things," he said. "I mean, we need to increase support for those most in need by removing people who are relatively unworthy of the £ 200."

He added «Minister»: «I am proud to have a database of 70 million beneficiaries Mvhmosh Galata, which was the number of duplicate casualties and who was the lowest number, and if you have the right to submit the statement, it is It is true that we are talking about equity, not the meaning of equity. 10 Equality does not mean justice, and justice is looking at people's needs and trying to control them, and there is no 100% system, because perfection is only for God, and we make the decision based on the available data and then improve the data, and it's not right to stop until we fix data or complaint, why are you doing this? & # 39; & # 39;

In addition, the Minister of Supply announced that six logistics and commercial opportunities will be offered in six new provinces: Ismailia, Suez, Red Sea, Sharqia, Fayoum and New Valley during November.

Ibrahim Ashmawy, head of the Internal Trade Development Authority, said investments to be injected into six opportunities exceed £ 20 billion and generate 1,000 jobs in the provinces, pointing out that the goal of launching these opportunities is to increase the supply of goods, resulting in lower prices. For the consumer in the next period.

He told Egyptian Today that the lake was chosen to set up three new commercial, logistics and wholesale projects, with a total area of ​​86 acres and investments of up to 9 billion pounds.