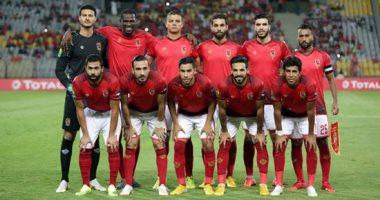 I wrote two years ago an article entitled "Ahli in Trouble" in the days of the previous Council headed by Engineer Mahmoud Taher, and comments were made between supporters and opponents, and the majority of the opposition, who saw the article attacking the Taher Council, Ahly is in a real and serious dilemma, "as the red fans hope for a disastrous season for the Al Ahly club, which has not gone unnoticed, due to many accumulations and technical and administrative errors to manage the ball file, and away from the words sent and before it is too late I put the staff of the Horn of Africa team the largest team in Africa and the Middle East Rohsta Bassi From a few points raise the team outside their crisis plan can to be.

Sabri, Ahmed Hamoudi, Mito Jaber and Marwan Mohsen because Ahli is not a team of experiments and opportunities that they did not invest in the last period.

Al-Shennawi sits on the bench to wake up from his historic game with Uruguay and, due to his usual level, is sitting on the bench and looking for alternatives where it is unreasonable to have only 4 players, Walid Sulaiman, Ajay, Maalul and Azaro. In the Egyptian Cup, the coach's dismissal as a major cause of the decline in the performance of players, and the resignation of the medical device in his hand became the team called "Ahli Hospital" and the return of Haitham Orabi to the committee of hiring and the return of satellite TV Mohammed Fadl and the return of Sayed Abdel Hafiz as director of the ball to return to discipline and return Mohammed Yusuf Madr The sole full-time performance of training, hiring five super deals at least (DF-Ayman – ost defender-cracker wing-mhajm), especially after the utmost care of maintaining the club this season and opening offers club closets motorcycles in January to restore the glories of Aboutrika and Barakat and Friday.

In addition to giving full powers to the technical director and not repeating the tone of "He is of kashacha", Ahli team championships encouraged by more than 70 million and not a team of tests and measurements, serious board to bring the rights of the team and not tolerate any attack to the right of the club, In those days, giving the opportunity to the benefit of Juma and Karim Nedved, I see from my point of view that is good raw material for the injustice of Al-Badri for him and play in a place different from its place.

Khatib managed in the past perhaps administratively, but his success was from the area of ​​the second man, and Cartieron the technical director has part of the responsibility, he was chosen because his personality fits with the personality of the existing administration, he is not impotent, his ambition was the most ambitious training, In situations he did not complain or pressure or question.

Save Ahli before it's too late.