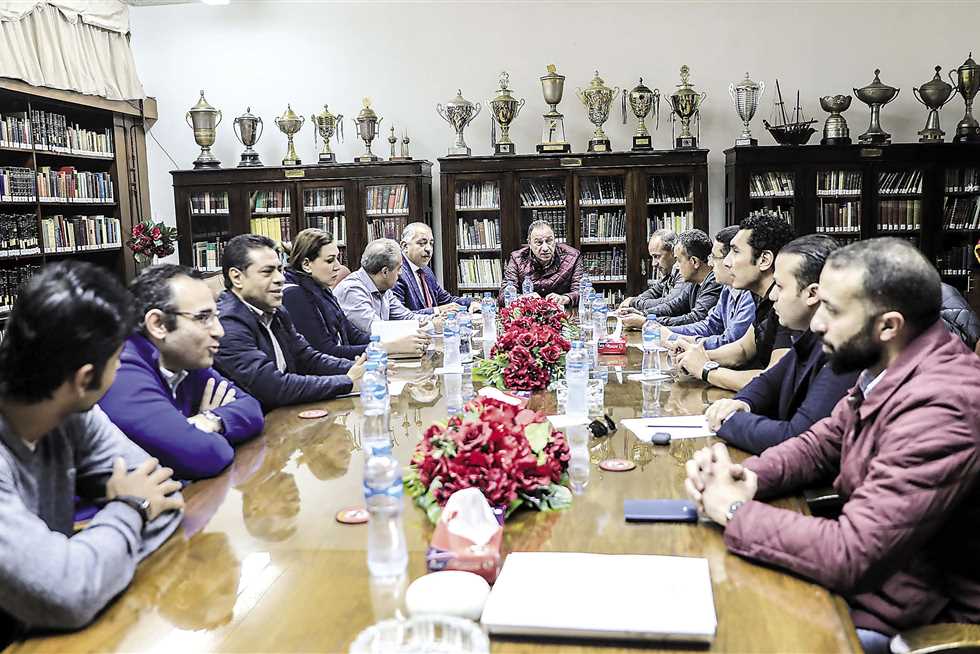 The Al-Ahli Club Board of Directors, chaired by Mahmoud Al-Khatib, discussed several files at the meeting held on Tuesday night at the club's headquarters in Al-Jazeera, and the minutes of the previous session were ratified.

According to the club's website, the board heard legal advisors about the league's gambling crisis and explained legal proceedings before the Complaints Committee and the Arbitration Clearing and Sports Center.

Legal advisers said the advisory body of the settlement and arbitration center would consider the urgent part of the case on Wednesday. While the Council approved the appointment of Captain Mahmoud Sami Shehata director of the club resort in Marina.

The Council also approved the formation of technical, administrative and medical bodies for the individual and collective games of the new sports season, provided by captain Raouf Abdelkader, director of sports activity.