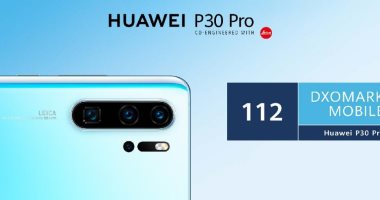 After months of rumors and leaks, Huawei unveiled its latest P30 and P30 Pro smartphones. Richard Yoo, the company's chief executive, said during the unveiling that the devices are inspired by nature and designed to enable people to capture the best images.

Huawei is the world leader in smart phones in photography, artificial intelligence, battery, connectivity and interaction.

Huawei has made AI an essential feature of its new phones, allowing users of both phones to access their advantages with a simple tap on the power button.

U also announced a number of great features including incredible digital zoom of up to 50x on the Pro and 10x phones on the P30, along with the latest generation ultra-thin phones, a 6.1-inch screen on the P30, 6.47 inches, making it thinner than the phones of many competitors, including the iPhone XR and XS.

The P30 comes with a 3,650 mAh battery and the largest version has a 4200 mAh battery. The phones come with a range of colors including black, blue and white.