Highlights of the next 6 security features in Apple's Catalina MacOS

As the digital world evolves rapidly, the total security of computers is almost impossible. Every operating system has vulnerabilities that can be exploited to penetrate it. That is why Apple is working to increase the security of MacOS Catalina – Operating System for its computers – which it plans to launch next fall.

Apple unveiled at its WWDC Developer Conference this year a number of important features in the new MacOS Catalina release, notably iPad application support and replacement of the iTunes application with three entertainment applications, voice control, and additional application enhancements .

Today, we highlight the six major security features that will be made available to MacOS Catalina this year. The biggest changes observed in new application permissions are: screen recording applications, keyboard applications or applications that record data in sensitive areas of the file system, such as Documents, Desktop Folders.

Whether you're a developer or just an Apple customer, some changes will look familiar if you have an iPhone and iPad experience because some security enhancements follow Apple's overall approach of taking MacOS to IOS and iPadOS mobile devices.

Providing a good level of security is the real challenge for technology companies in general, where they need to find the right balance between protecting devices well and facilitating the use of common human beings.

The latest iPhone products have tougher security features enforced by the App Store, but this is more difficult with Macs where multifunction devices give ordinary users and developers the power to run.

Here are the top 6 security features that will come in MacOS Catalina version of Apple next fall:

Phone applications need their permission before allowing them to use the camera, a feature that prevents application developers from performing actions like: spyware, access to their data, and macOS. Catalina will provide similar permissions to Macs. 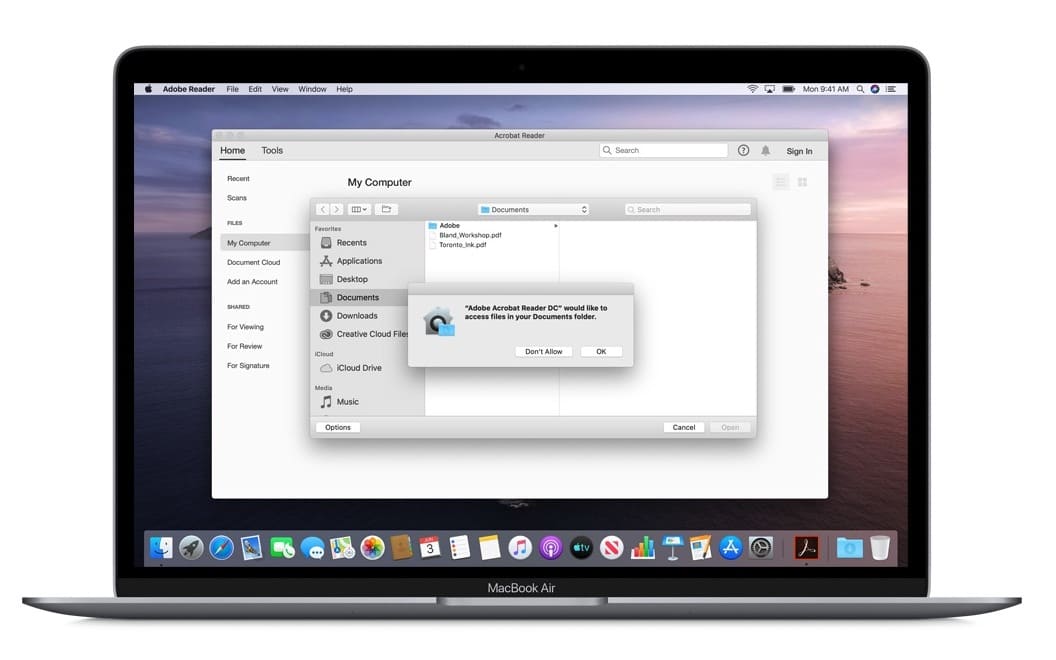 For more security and protection for your MacOS Catalina version, applications that want to access sensitive data and file storage will first ask you for permission, and this feature already exists on smartphones where applications need permission to access contacts, photos, data calendar etc. Of the important data.

The new Mac devices with the T2 Security chip have a security feature called Activation Lock to keep your device safe even in bad hands. It can also increase your chances of recovering your device. Even if you delete all data remotely, this feature prevents anyone from reactivating your device without accessing your login data: Apple ID and password.

The T2 Security chip is on the latest Mac devices, such as the redesigned MacBook Air which arrived in 2018, and Apple hopes that the activation lock will help deter thieves who will find they can not use stolen Macs, Install a new version operating system.

With the new Find My application, you can track the location of your lost or stolen Mac device securely and anonymously, and send information to its owner through other Apple devices even without an Internet connection.

The latest version of Mac OS comes with a built-in security feature called Gatekeeper, designed to scan for malicious applications. Previously, Gatekeeper tested applications when installed on a Mac for the first time, but from MacOS Catalina, applications, when installed and then periodically, extend the protection of the application source to include automatic checks of what's inside app. 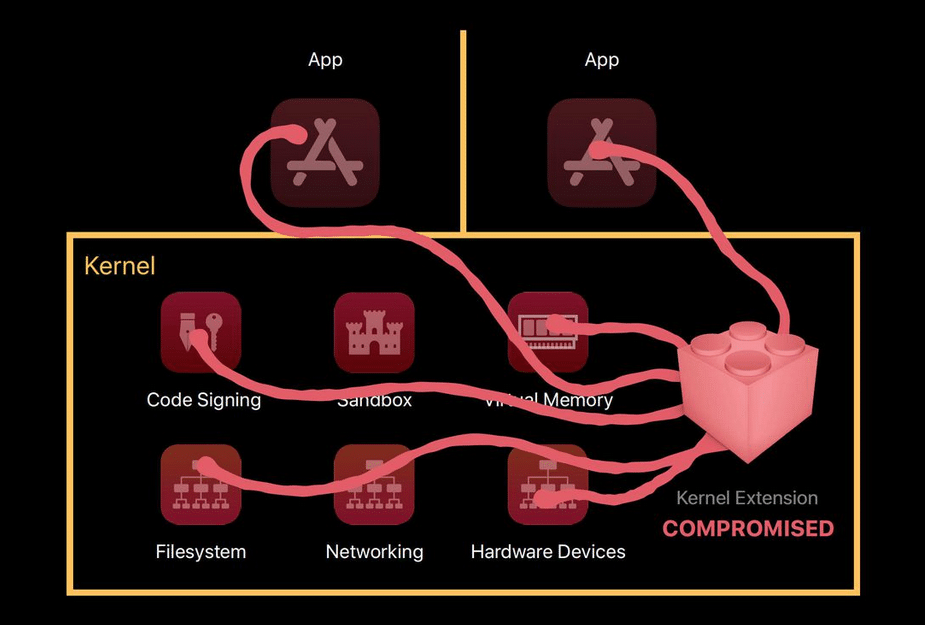 System software refers to the files and programs that make up the operating system and includes: system files, function libraries, system services, accessory drivers and other devices, system preferences, and other configuration files.

For the user interface part, which allows the operating system to interact with other devices called low-level system software, in this section some developers write codes that allow the device to deal with certain devices such as webcams or printers. In this case, Apple is targeting developers for a safer approach.

6 – section dedicated to the filesystem:

The system file program – which controls how data is read, written to storage systems – is a distinct part of the operating system, and in MacOS Catalina there are new limitations designed to prevent malware from taking advantage of system files.

Mac OS files are stored on a dedicated portion of the read-only volume, which opens the way for features that prevent malicious software from overwriting or modifying the underlying Mac software. It also makes it easy to reboot Mac devices in the same way as iPhone phones.