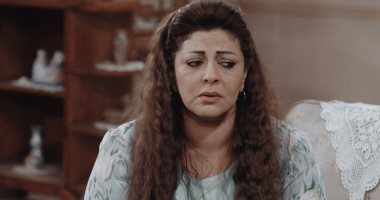 The artist Hala Sedqi revealed new details in the case of video attributed to her and a voice next to her voice includes some offensive statements to the artists of the technical center, explaining that she has been in contact with the Internet since the release of this video and managed to reach the person who installed his voice in the video, and insults to art and workers in the artistic center.

And blew Hala Sedqi, for the "seventh day," a surprise that this person was pursued in the instagram and trying to penetrate it almost a year ago, and that this year continued with investigations on the Internet until I came to him, explaining that the unfortunate thing is your presence outside of Egypt and we can not catch it.

Hala Sedqi stressed that she is not surprised by what happened in this video and puts her voice on him in terms of insult and inadequacy for the technical center in which he works, and praises all the time, especially that the assembly was a phone call at the time of the election, adding that artists are always exposed to such harassment if in videos or photos are distorted through "Alfotoshob."

Hala Sedki admitted negligence for not believing her Media Media accounts, since she has to change those accounts from time to time, but there is no time for them to focus on these things, and she also revealed someone behind her with links. A phone over the last 3 years saying, "I was on one of the phone on the phone did not suffer a nervous breakdown," pointing out that they can not change the number of their phones because they owned for years and work associated with it.

Hala said in his remarks that the person who "fabricated" this video was easy, explaining: "I posted a video of the footage of a series and did not say a single word, so it's easy to install programs and technology, but if I say will be more difficult to Fly and put another fabricated voice, "Straddah that this person found manufactured fertile material speaks misguided speech because it is known for its loud voice and proximity to engage in arguments and it is possible to believe this conversation for them.