Football Federation: Super Ahli and Zamalek to be held in Egypt for lack of time 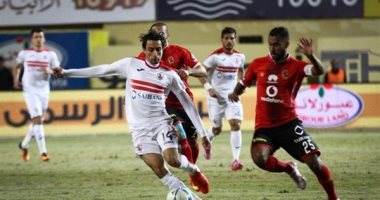 US Football Federation officials have revealed that the Super Egyptian, which will combine Ahly and Zamalek on September 18, will be held in Cairo, and will not be established overseas for lack of time and gaming pressure.

Football Federation officials played the Egyptian Super Cup and did not cancel it, especially since the match was scheduled to be held before the start of the season, but with the pressure of the games behind the postponement.

The Egyptian Super Cup is scheduled to take place in mid-January, and both teams still have to be determined by the winners of the Al Ahly and Egypt champions.