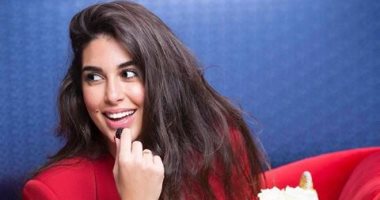 Yasmine Sabri suffered a minor operation at her hospital clinic in Alexandria, where she remained on Wednesday, leaving the hospital immediately after the surgery to complete her normal holiday after filming her "Hakayti" series.

Jasmine has just published her photos of the surgery room entry without revealing details about the nature of the operation, and has published several photos throughout the day showing her charm from inside the gym.

Yasmin Sabry in the operating room