Events of the General Assembly of the Arab Air Transport Association 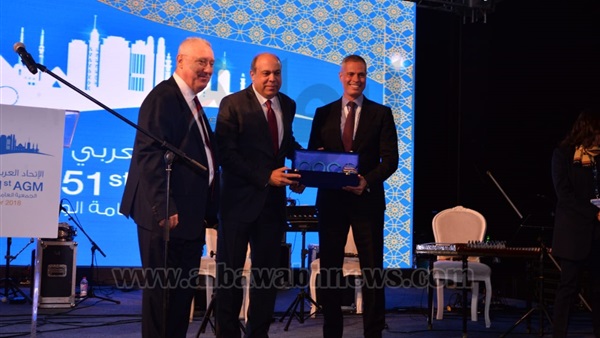 The national airline Egypt Air hosted the 51st General Assembly of the
Arab Air Transportation AACO, Held in Cairo, from 5 to 7 November, under
Beware of the team Younis Al-Masri, Minister of Civil Aviation.

The fortress of Salah al-Din witnessed the opening of the association's activities on Monday night
In the presence of the pilot Sameh Hefni, head of the Civil Aviation Authority of Egypt as Deputy Minister of Aviation
Mr. Ahmed Adel, President of EgyptAir Holding Company and Mr. Abdel Wahab
Apple's Secretary General of the Arab Air Transport Association (AACO) and corporate CEOs
Unions of the Union of Arab Aviation, Union partner airlines and partners
Union in Industry, as well as representatives of the International Civil Aviation Organization (ICAO)
(ACAC), the International Air Transport Association (IATA), the International Air Transport Association (IATA)
The European Commission, the Union of African Airlines (AFRA) and several federations
Regional airlines and specialized press in the aviation industry from around the world.

"Egypt is one of the leading countries in the aviation industry across the African continent," said pilot Sameh Hefni.
And the Middle East, and under the wise steps taken by the State to deepen
And developing relations with the Arab countries at all levels and in all fields
With its vital role, it is committed to
Arab countries in the field of civil aviation, and work to assume a unified Arab position
Interests of the Arab Airlines. That has been evident in recent years, where he has witnessed
The airlines of the Union members a major development contributed significantly to the development
Economic situation in the Arab world, despite crises in the region
Recently and clearly affected the industry.

"The Civil Aviation Authority of Egypt does not hesitate in me
Continuation of cooperation and exchange of experiences in the field of aeronautical legislation and laws, among others, to improve procedures
And aims to promote the field of civil aviation in Egypt and the Arab world.
We hope that the meetings of the General Assembly will bear fruit for the air transport industry in the region.
Under the umbrella of the Arab Union for Air Transport"He said.

In the same race, the pilot Ahmed Adel, president of EgyptAir Holding Company, said
And the President of the General Assembly No. 51 of the ACO that Egypt hosts this important event comes
Based on its leadership in the region as a global airline, it has an effective and influential role in the
Expertise and support of the air transport industry with EU member states at the Arab levels
And regional and international over 53 years is the age of Egypt's accession to the Union.

He added that Assembly meetings will discuss the most important developments and developments
The aviation industry in the Arab world, highlighting the role of Egypt Air under the umbrella of the Ministry
Egypt Civil Aviation in supporting the activities of the Union in the face of major challenges
And promote aviation around the world.

For his part, Mr. Abdulwahab Tappaha, Secretary General of the ACO, thanked the
Civil Aviation to sponsor this House, saying: It is a great honor for the
Arab Air Transport to return for the fifth time to Egypt, the site where the first launch
Time.