Early detection before complications. Signs of Your Child's Diabetes 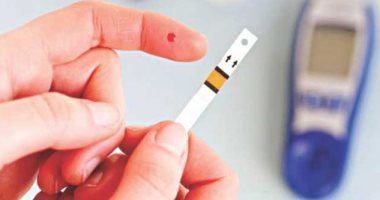 The Federal Diabetes Federation (FSF) defines some signs to pay attention to diabetes, the most important being frequent urination throughout the day, extreme thirst, sudden weight loss and coma if neglected, and the condition may deteriorate within two days .

There are a number of factors that influence the occurrence of type 2 diabetes. The most influential are lifestyle behaviors associated with modern life. Research suggests that in most cases up to 80%, according to some studies, of diabetes Type 2 Following a healthy diet, exercise regularly to avoid obesity as the main cause of diabetes.

The Federal Diabetes Federation has noted that a healthy diet includes reducing calories if you are overweight and substituting saturated fats (such as cream, cheese and butter) for unsaturated fats (such as avocados, nuts, olive oil, and vegetables) and eating foods that contain fibers found in fruits, vegetables and whole grains) and avoid the use of tobacco, alcohol and added sugar.

Regular physical activity is needed to keep blood sugar levels under control, it is most effective when it involves a combination of exercise (for example, running, swimming, and cycling) and reducing time spent without movement or physical activity. .