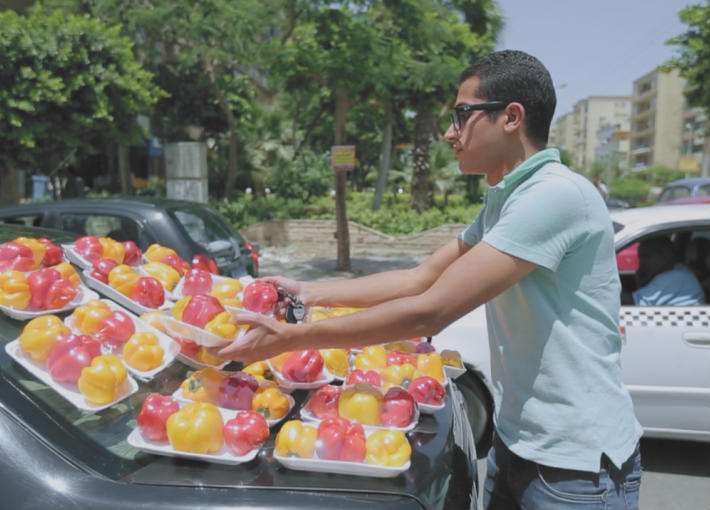 Director Amir Al-Shennawi presented the official announcement of his first documentary "Kilo 64" in preparation for the competition at the Arab Film Festival at the Cairo Film Festival at its 40th session on November 24, 2018 at 03:30 in the small theater at Egyptian Opera House and in the replay on November 25, 2018 at 09:00: 30 hours at Karim Cinema 1.

The Egyptian documentary "Kilo 64" competes in the Arab Horizons Film Competition to be considered the only documentary to compete in this competition at the 40th session.

The film "Kilo 64" revolves around a young pharmacist driven by his ambition to leave his field of study and move to cultivate the desert influenced by the spirit of January revolution, but quickly hit the ambition of this young man with many difficulties during his trip.

Amir Al-Shennawi, an Egyptian filmmaker and filmmaker born in Cairo in 1991, received his master's degree in Goldsmiths at the University of London in 2017. Since 2010 Amir has been working in the film industry and producing several international films. Who works in Egypt, and in 2015 Amir Al-Shennawi worked as assistant director in the award-winning film "Engagement" by director Mohammed Diab.

It is noteworthy that Amir graduated from the American University of Cairo in 2013 specialized in media arts, in addition to studying film and Arab and Islamic civilization. He also studied journalism at Media College in Denmark in 2011.

Cairo Film Festival 40. Learn about the films of the week of criticism and the cinema of tomorrow. International shows for the first time