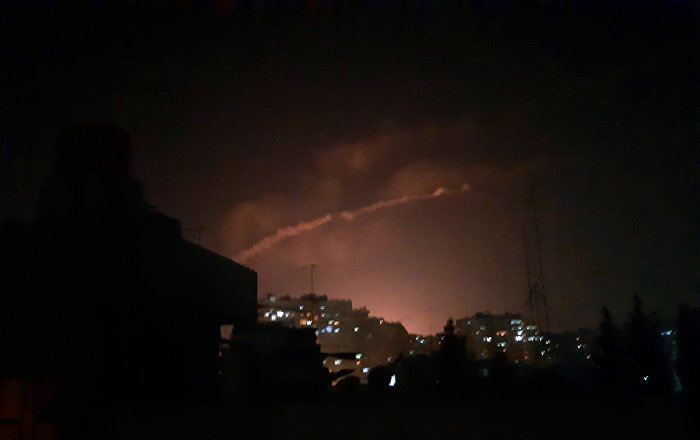 The correspondent of the "Sputnik" in Quneitra that an Israeli aggression targeted the rural locations of Kenitra in southern Syria.

The corresponding Israeli reconnaissance aircraft "Sputnik" was flying in the atmosphere of the occupied section of Mount Sheikh for almost an hour before the assault.

The correspondent added that the Israeli missile attacks were carried out from the depths of the occupied territories, specifically the positions of the Israeli army west of the heights of Mount Sheikh.