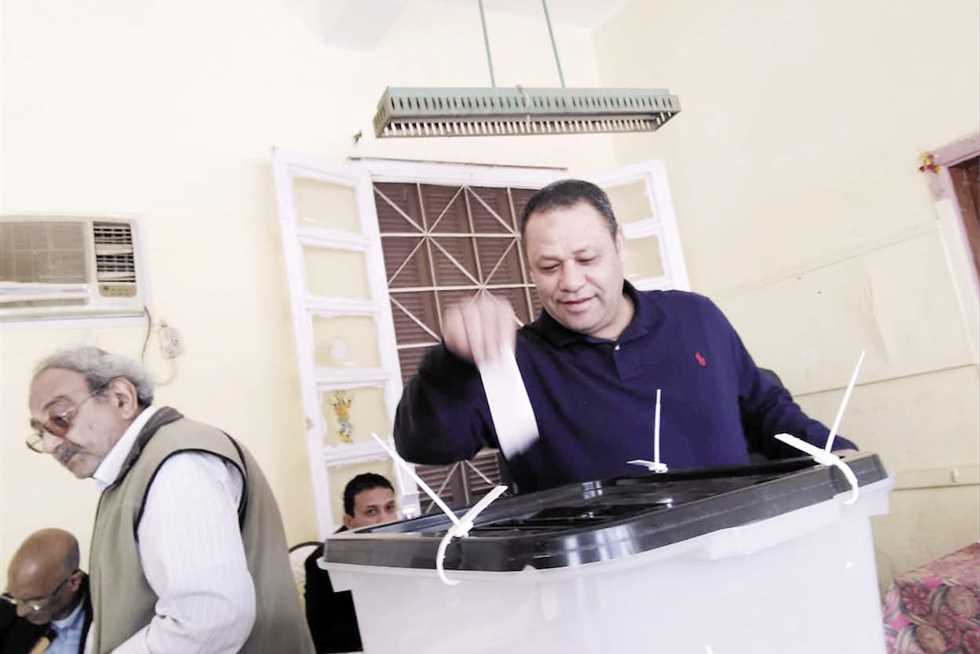 A large number of athletes participated in the referendum on the constitutional amendments, which began on Saturday and continue until Monday, and asked the people to participate in the plebiscite and the need to go to vote to send a message to the whole world so that all the people support the development process. The first day.

He pointed out that the ministry plays an important role in publishing the correct framework of constitutional amendments to counter rumors surrounding the political scenario that accompanies the referendum process, adding that a central operating room was formed by the assistant and assistant ministers who work uninterruptedly at the seat of the ministry and throughout the referendum period. Youth Directorate.

He noted that the ministry has printed 100,000 copies of the text of proposed constitutional amendments to be distributed to youth republic centers, forums, civic education centers, universities and bodies, ministries, major clubs and state institutions under the motto "the word is the Your word".

"Faraj Amer, president of the Smouha Club and chairman of the Parliament Industry Committee, praised the great demand." Throughout my life and my multiple participation in referendums, presidential clubs, parliamentarians, sports and professional unions, I did not see what I saw, Referendum on constitutional amendments. "

"Egypt has proven today that it is capable of challenging and moving in the right direction for reform and development," he said.

Ahmed Hassan, the dean of the world's players, described the great affluence of the Egyptian people as expected, especially that the Egyptian citizen always shows the time of adversity and is the horse of betting in terms of interest of his homeland through strong messages to the world that came out Egyptian street not only to vote, but also support and blessing for the march Achievements achieved every day.

He emphasized that athlete participation is a national duty to affirm their social role in the response of the masses and support them in their necks and confirm the athletes' awareness to support the development process. Meanwhile, Major General Ahmad Al Fouly , Vice President of the International Taekwondo Federation, expressed his pleasure in fulfilling his national duty with his country. .

Azmi Mujahid, a member of Zamalek's former council, said participation in the referendum on constitutional amendments is a national duty to emphasize stability and contribute to state support. Also on Saturday were Tharwat Sweilem, executive director of the Football Federation, Ihab Lahita, the team's first manager, and Mute Fakhry, president of the judo federation.