Arab League warns of setback for children's rights in the region 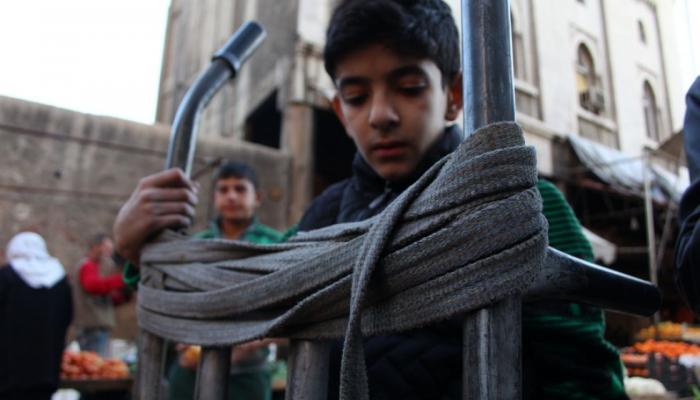 Arab League: A steady increase in child labor in the Arab region

The Arab League and the Arab Council for Children and Development warned that the Arab region is witnessing a decline and a clear setback for the rights of Arab children due to the historical, political and economic changes that have taken place in the region. .

On the occasion of World Day against Child Labor, which takes place on June 12 of each year, the General Secretariat of the League of Arab States (LAS) said that children today suffer from an increasing number of direct and indirect violence, forced displacement , Malnutrition and a collapse in many health and education services, with high rates of poverty and unemployment, food commodity prices, fuel shortages and water.

The report pointed out that the issue of child labor in the Arab region is one of the most prominent cases of violation and abuse of children's rights, statistics and statistics indicate a steady increase in the direct and indirect use of children in all sectors of agriculture, industry and streets and in illegal activities such as forced labor. Forced labor, recruitment and use of human shields and even involvement in activities related to weapons or terrorists.

The statement said: "Believing in the importance of working to combat child labor and in light of all Arab and international conventions and conventions to protect children's rights from all forms of exploitation and in line with Arab efforts to eradicate this dangerous the General Secretariat of the League of Arab States and the Arab Council for Children ". (ILO) and the United Nations Food and Agriculture Organization (FAO) prepared the "Study on Child Labor in the Arab States", the results of which were launched in March 2019 at the headquarters of the General Secretariat the Arab League Hat and main features of child labor in the Arab region, especially under the current circumstances. "

The study issued a series of recommendations, which were adopted by the Arab Summit for Economic and Social Development at its 4th regular session in the Lebanese Republic to urge Arab countries to intervene through immediate and effective measures to eliminate child labor and all the phenomena. Implement and reform legal and legislative frameworks, in accordance with the obligations of international conventions and national laws, in order to confront child labor, especially the worst, and develop policies to provide social protection and reduce poverty and unemployment. child labor and the elimination of child labor.