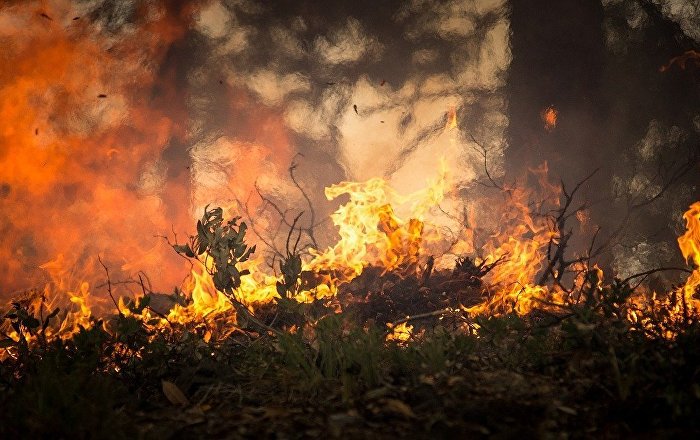 Syrian media reported that Israeli forces set fire to the occupied Syrian Golan and extended to agricultural land in the Kenitra camp in southern Syria.

The "SANA" agency "that the Israeli occupation forces ignite a fire in the occupied Syrian Golan and the fire extends to the agricultural land in the axes of Bir Ajam and Brega and Qahtaniya in the interior of Quneitra."

A large fire erupted two days ago on agricultural and pastoral lands west of the village of Saida al-Hanout in the liberated southern district of Quneitra, whose fire extended to the village.

Coronel Firas Samara, head of the province's preparedness department, pointed out that "occupation authorities burned the night in the western area of ​​the village of Sidon, which caused damage to agricultural plantations and pastures and pastures, noting that the fire suppression occurred in cooperation between the members of the fire brigade and the Kenitra Directorate of Agriculture ".

The director of agriculture of Quneitra, engineer Shaman Friday that the fire led to the damage of about 70 donums of wheat and 20 dunums of pastoral land.