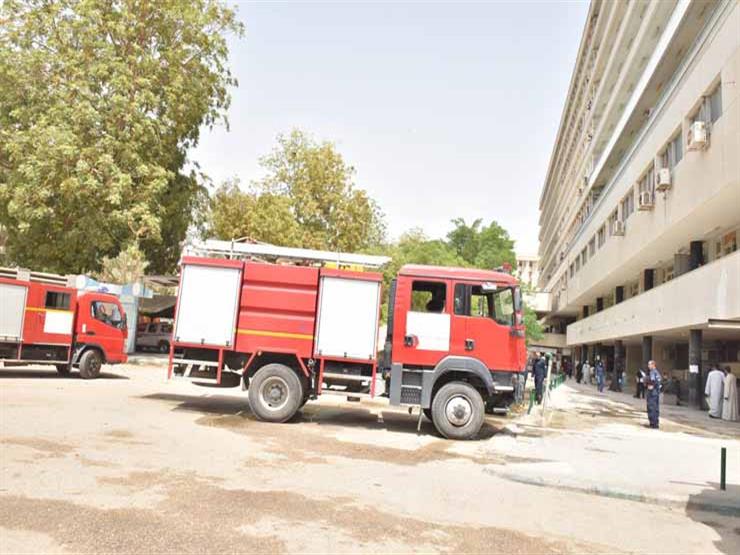 Major-General Gamal Noureddine, governor of Assiut, inspected the fire in some trees at the city's health directorate on Thursday because of the high temperature.

Emphasizing the taking of all safety and protection measures by all government departments and all sectors in anticipation of the occurrence of fires or the occurrence of short circuit due to the high temperature during the current days.

The governor of Assiut received a notification from the provincial operations chamber of a limited fire in some trees at the headquarters of the Health Board. Civil protection forces went to the site and were controlled by fire extinguishers on the Board without causing material loss or human beings. .

The Governor was accompanied during the visit of Dr. Mohammed Zain, Undersecretary of the Ministry of Health and Civil Protection Officers, traffic and ambulance and field monitoring in the province.

The Governor of Assiut announced the lifting of the state of emergency in all hospitals, health units, ambulances and coordination with university hospitals due to high temperatures that exceeded 48 ° C and readiness to receive cases of heat stress and deal with it immediately, as well as raise the state of emergency in all basic facilities and civil protection forces. In anticipation of a fire.

The governor appealed to all citizens not to be exposed to the sun directly under high temperature and adherence to safety and security procedures, especially drivers of vehicles on the main roads, pointing to the Central Operating Room in the 24-hour maintenance in coordination with the rooms of subcontracting in villages and centers and all sectors and service sectors Warm climate wave.

(01000623873) or via the land number (2325369/088) 24 hours or sending the complaint on the governorate page "Government Portal of Assyut – Assiut Portal to Change" And the "official Assiut Governorate page" on social networking sites Facebook, Twitter and Instagram to tackle any emergency and receive complaints from citizens and deal with them immediately.