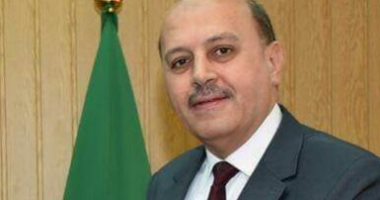 Al-Qalioubia Investigation was able to arrest 7 people who seized 360,000 pounds at a gas station located at the Qalyub police station at gunpoint, and security was able to return the stolen goods.

Maj. Gen. Reza Tabbila, director of Qalioubia Security, received a notification from Major General Mohammed Al Sisi, head of the Qalioub Police Department in Musharraf, at a gas station located in the department. In one of the quarters of the station, he seized a financial sum of £ 360,000 under gunshot and fled.

Maj. Gen. Alaa Farooq, head of the Criminal Investigation Department, was immediately notified and a criminal investigation team was formed and his efforts resulted in the identification of the aggressor, Ahmad SA, 38, a "driver" and resident of the old Qanater precinct . And Ayman, 28, a resident of the Qalioub precinct, accused in the case of "drugs" and "Jabir", 58, as special prisoner of the station. Abdul Ghani, 30 years Khasouzi Khashousi in the station, Department of the Department resident, "the third son," "Mahmoud Sam, 23 years" "Factor" and a section Resident Department, has already accused in the "drug" edition and implementation demanded him on 4 "dispel" issues and "Mohammed EM" 25 years "unemployed" resident Oseem in Giza, and "Mr. M .." 32 "unemployed" and resident of Qanatir Charity, required to be executed in the event of "theft ", and" Hani SD "32 years" unemployed "and resident in the police station circle of Qanater charity.

After codifying the measures, they were targeted and seized, except for the seventh and eighth years, and they maintained (287,462 thousand pounds of the total amount seized) – individual cartouche – a Russian individual – 11 different ammunition cartridges – a rifle box automatic with 11 rounds – 1800 tablets – 3 bikes Used to commit the incident – 250 gm Vodu – 5 mobile phones "one of them is for the amount".

Upon looking at the residence of the seventh defendant, an automatic rifle was found, with six shots of the same caliber used in the incident.

The room, with the exception of the bedroom, was caught in two fireworks: the first, third, fifth and seventh of the season, carrying seized firearms, documenting the workers and including them. The fourth defendant, opening the treasure room and breaking it and seizing the money and sharing it between them.

The necessary legal steps have been taken on the incident and security efforts are being intensified to control the fugitives and the rest of the money.